Our World Tuesday: The Connecticut Effect 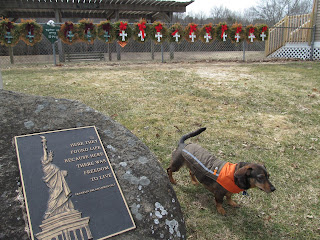 
Legislative leaders are considering those recommendations and others as they try to draft a bipartisan bill for the full General Assembly to consider, likely later this month. The leaders met behind closed doors Monday as the gun rights supporters descended on the Capitol.


Since 20-year-old Adam Lanza slaughtered 20 first graders and six educators at Sandy Hook School on December 14, the NRA hasn't had much of a presence in the state.  They have been waiting for what  NRA  lobbyist Bob Welch has called "the Connecticut effect."  Speaking in Wisconsin, hesaid, "We have a strong agenda coming up for next year, but of course a lot of that’s going to be delayed as the 'Connecticut effect' has to go through the process."


Back at the park, there it is:   the Connecticut effect.  [Definition:  That moment when a person pauses to consider the sanctity of life and finds him or herself unable to trade it in for the right of the paranoid and angry to own and use military calibre firearms.] The juxtaposition of this plaque honoring local residents who perished in the terrorist attack on the World Trade Center on 9/11 and the green memorial honoring the babies and educators who perished in a home-grown terror attack launched by a young man toting his law-abiding mother's legally held firearms kind of stuck in my throat.

Time to update our Constitution to get amend the anachronistic, much misunderstood, too-often-misquoted second amendment.