By SandyCarlson - March 25, 2013
The other day I mentioned in a parenthetical note on a post that my daughter had a solo in the school musical.  We're out of the parentheses now!  My daughter's high school produced Guys 'n' Dolls this past weekend.  The show was a huge success.  The kids were downright adorable as they lived the lines of this 1950s musical based on the works of Damon Runyon. 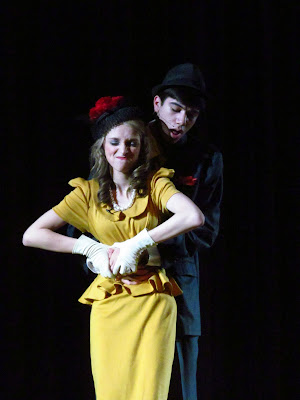 The romance between Adelaide and Nathan Detroit had its hilarious moments.  The students got their roles and were hilarious and poignant and hilarious again. 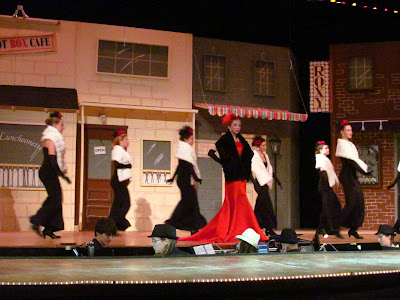 Sometimes a girl has to speak up for herself, say enough is enough, and "Give Back the Mink." 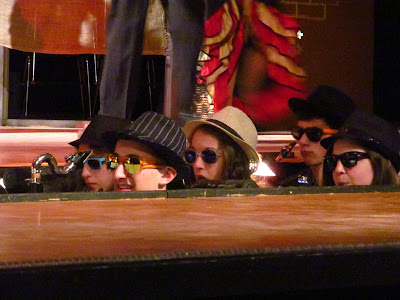 The pit band was outstanding.  Of course.  They wore hats and glasses for the "Havana Escapade," when bottles flew across the stage in a minor girl fight-barroom brawl. 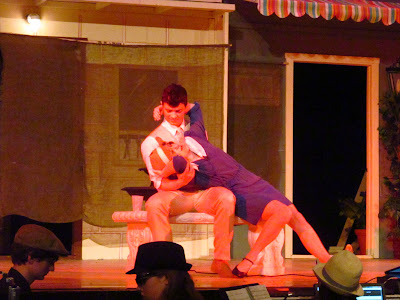 Time in Havana ended well, when Sister Sarah Brown and Sky Masterson had their moment and Sarah sang, "If I Were a Bell." 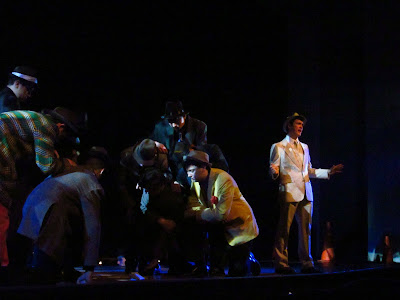 In the end, Luck would be a lady tonight, and all would end well.  Bravo, kids! 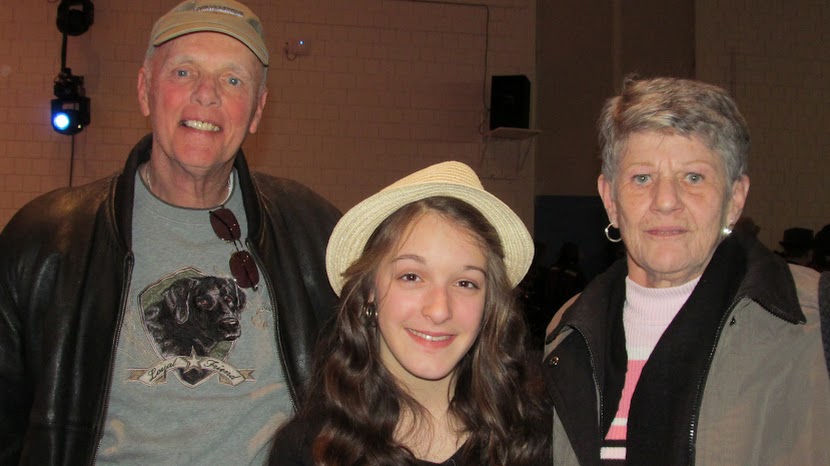 Thanks to our dear friends for coming out to support Adella!  We're very grateful.