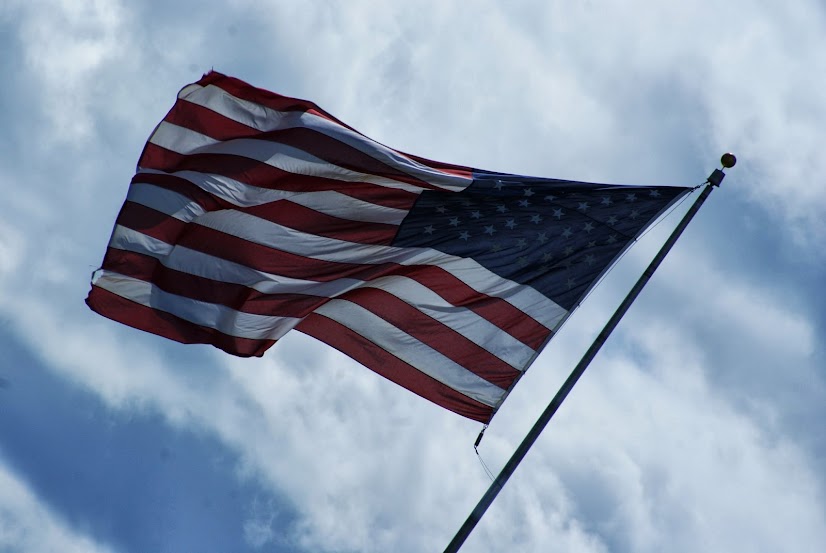 A friend who is from Canada recently asked a group of American-born friends why it is that Americans fly their flag everywhere and all the time.  Implicit in the question was the point that this behavior makes us different from citizens of other countries and that it is kind of weird.    I immediately thought of all the vacationers on Topsail who plant the flag on their crossovers:  "Oh good; they're here," I think as I pass the Stars and Stripes or some banner of an armed American force.   The overlarge flags embarrass me because they seem to be asserting something that need not be asserted but lived.    I got my friend's question.  Why do we do this?  Are we prone to forgetting where we are, after all?

All this thinking about the question this weekend took me to one of Bill Murray's lines in Hyde Park on Hudson.  Murray has the role of FDR (and he's great in this role).  Addressing the King of England's questions about why he--FDR--will serve hot dogs to the king and his wife at a picnic the next day (because the queen is offended by this low-brow fare), FDR says a hot dog "is a good thing to eat at a picnic."  He wonders what all the fuss is about. 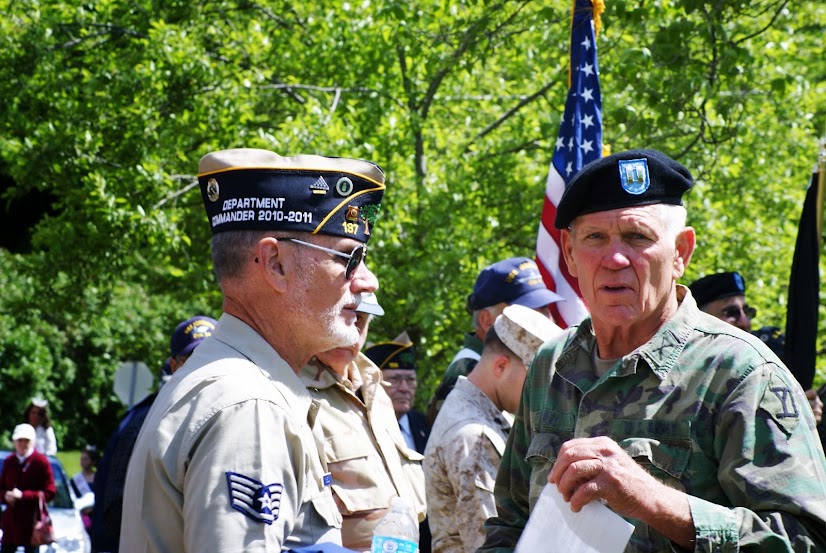 On Memorial Day we are specific in our gratitude; we are remembering fallen soldiers--and we are thanking veterans because Veterans' Day has been gutted of its value because school calendars do that to big days.  Since Memorial Day is about remembering and honoring people who served in the armed forces, I can say thank you to my father, Mr. Lundwall, Mr. Bleeks, Uncle Gus, the retired Army Ranger with the Lab and Bassett hound who lives down the road and helped Della with her Veterans' Day homework one night while we were all walking our dogs, and countless others among the living.  Among the dead:  Uncle Bud, Uncle Laurence, Uncle Bert, Harold Elms, Mr. Cox, Mr. Denney....

Today I heard a veteran say to me and my town that we owe every one of our freedoms to veterans.  On one level, I agreed.  Where the freedoms enshrined in our founding documents--which is to say where the heart of our democracy finds its pulse--have been at risk, our armed forces have stood in the breach and protected those freedoms.

Where those freedoms are maintained, however, others are involved.  Those others make the whole business of joining the armed forces worth doing and sticking with it as essential as breathing air.

Those others include my friend who is an editor of incredible skill who earns her bread by ensuring that news reported in several Connecticut towns is accurate and meaningful.  (If you think this might be an easy task, I encourage you to try it.  I give you a week to do what she does in a day.  See how you manage and tell me what liberties are important to you.)

Those others include the garbage and recycling guys who keep my world beautiful.  Don't let anybody underestimate you, garbage men.  Without you, our world would be ugly.

Those others include my mechanic, Pete, who is as honest as the day is long and has made a career of giving good service honestly and at a fair price to everyone.  Pete makes an honest dollar by working hard and with integrity.

Those others include the babies who rested in the arms of veterans for photos today.  You don't have to suffer and bleed to be American.  You just have to wake up and do your best with an honest heart. 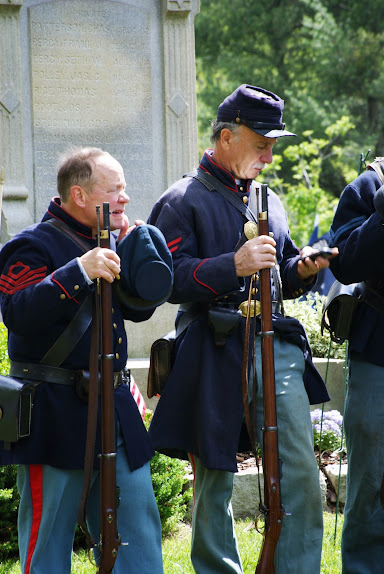 Those others include the school teachers who bear the brunt of so many angry, unhappy people who need someone to blame for what's wrong with America.  We work with every kind of young American or American-in-the-making to help them grow into someone worthy of all that is America.  Being worthy is not a given and it is not a right; it is an earned condition born of the self-respect that comes from getting a good education.

Those include everyone else who get up and go to work and do their best and go home again to their families.

My friend from Canada who raised a question about flags that offended so many good-hearted Americans asked an important question:  Why do you do that?

We do it not because anything is possible but because everything is.  Because being American means being here--whether you're the jay-walking Yalie egghead crossing against the lights or the teenaged mother of two who just wants to feel loved but who will do what is best by her babies and will graduate high school to go on and make a life for herself, or whether your a decent kid doing the right things without becoming a statistic people fuss and fume about. 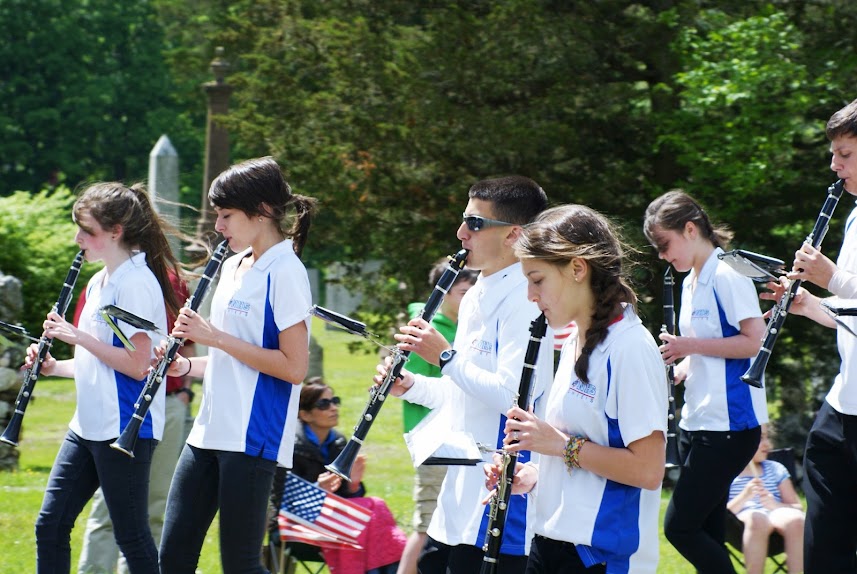 The uniform is not the only measure of patriotism and valor, but it is an important one.  For it, we have Memorial Day.

For the others, we have Memorial Day that we might keep what our soldiers do in perspective.   Soldiers don't fight for their uniform; they fight for home.  We are here; may we be worthy of each other.  May we work hard. 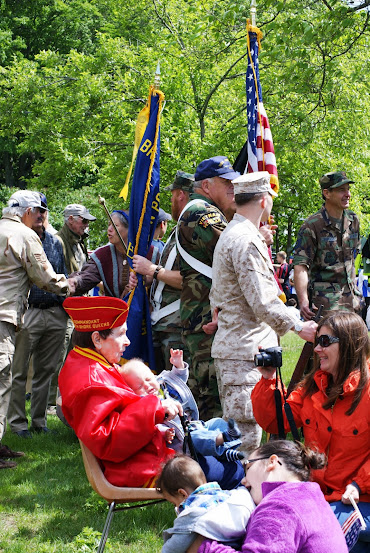