Our World Tuesday: It's a Party 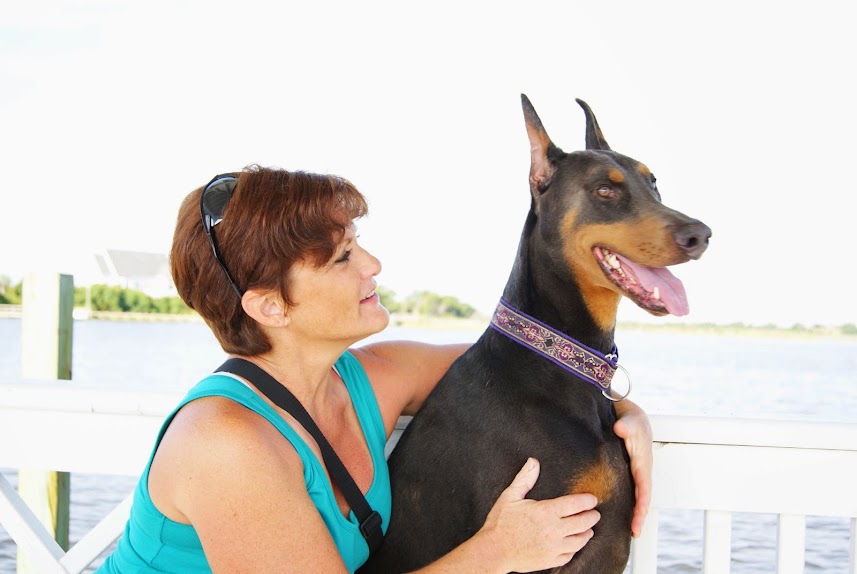 Rio is my cousin Jayne's three-year-old Doberman pinscher.  He, like his half-sister Honor and brother in spirit Austin, is an incredibly well-behaved therapy dog who gets a lot of wary glances when he is out and about.  All three dogs are devoted to my cousin.  Austin, who is eight, is very sick with cancer and a heart problem.  When my nephew Adam met him last summer, he took to the old boy.  Even though Adam was in Connecticut last week, he was able to attend the party and visit with Austin.

Jayne says it's better to get a photo of them with their mouths closed, but I go for the happy look.  Here's Honor: 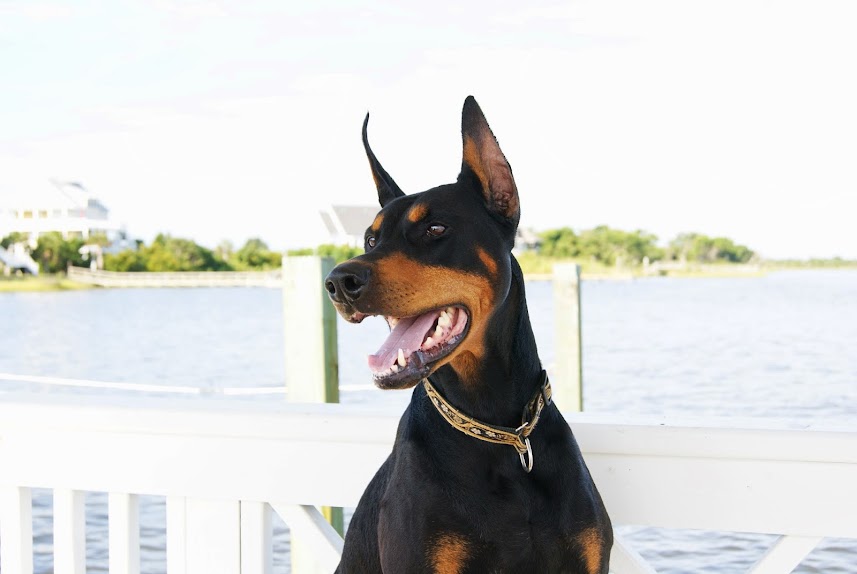 Clyde partook in his stately way. 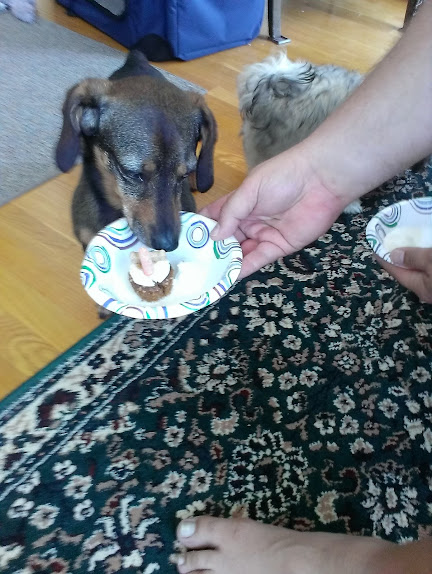 Maeve was at the party with her Havanese pal Beau, whom my cousin babysits just about every day of the week.  He is a lovable kook with very strong opinions about what he should be getting up to at any given moment.  Anyway, he and Maeve sat for me for this photo: 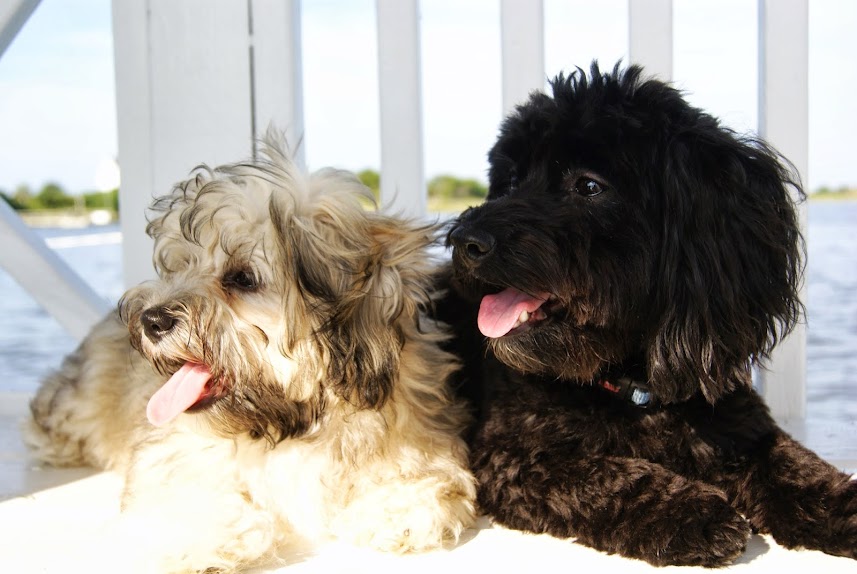 It's good to have dogs around.  They don't let you forget to have fun.