By SandyCarlson - July 22, 2013
I've been in Providence, RI, since July 14 for a teachers' workshop of debatable value, but I have had many good walks all over the city, and every day reveals a new marvel.  For one thing, there is plenty of graffiti in this city.  Most of it is of the sticker variety--safe and pretty, funny and strange.  It's all well and good until it winds up on something very beautiful in its own right.  (That's a subjective statement, to be sure.  Graffiti on historic features irks me no end.  Stop signs and Dumpsters are fair game, though.) 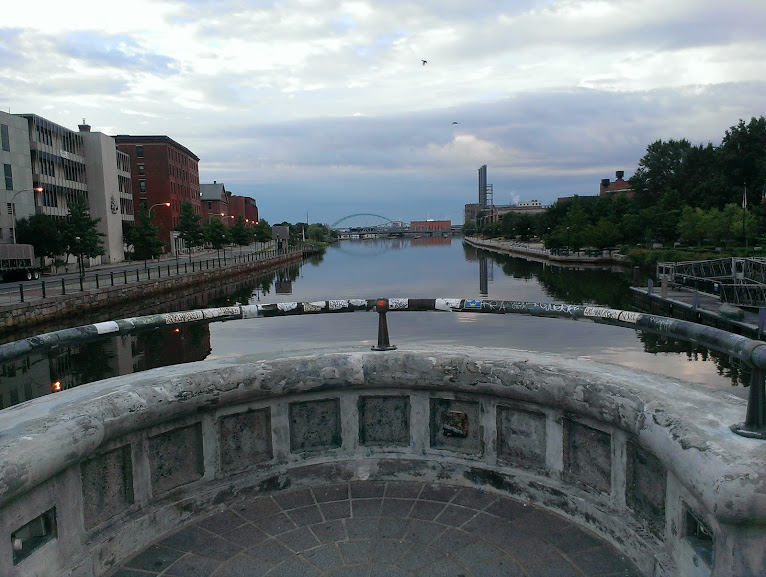 Walking along the River, I came across the city's memorial to the Irish people who either perished in or endured the Great Hunger and came to this amazing place. 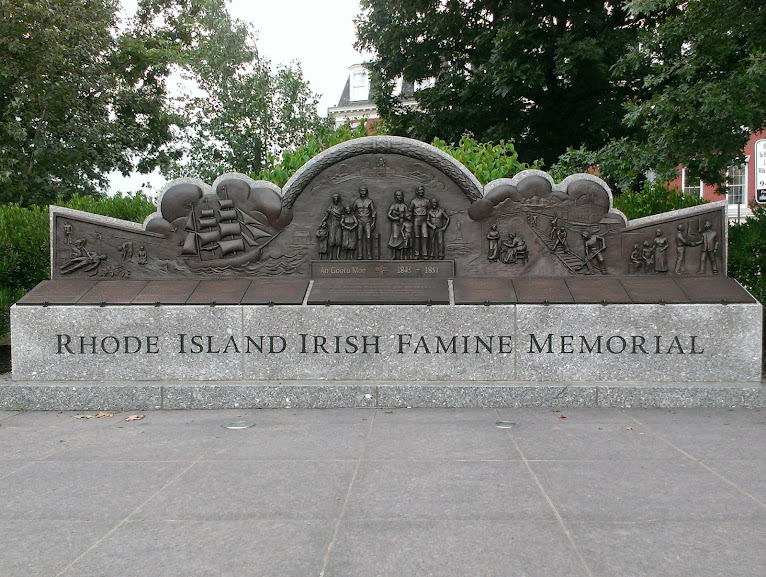 The memorial has a walkway and granite blocks bearing an explanation of what happened.  There is also this: 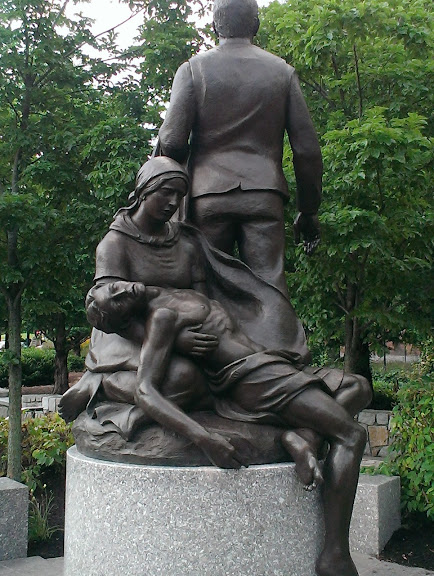 Echoes of Michelangelo's Pieta are pretty obvious.  The son with his back to the loss and his mother as he s embarks on a new life in the New World is pretty heart-breaking.  It's great the British got around a few years ago to acknowledging that their laissez-faire policies led to the devastation of Ireland.  It's just too bad the current advocates of this kind of economic policy aren't hungry enough yet to get what's wrong with it.  The homeless people camping out near this monument might be able to explain, though. 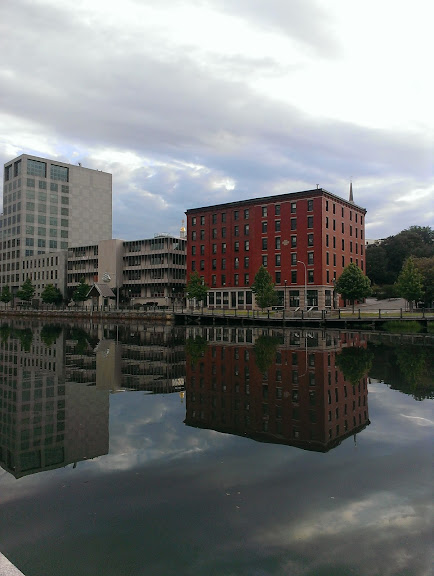 Shipping was big in Providence from colonial times to not so long ago.  The warehouses along the river are a reminder of that history.  The building on the far left is Brown's brand-new school of public health.  It's newer, but it's in the style of the nearby buildings even if it is wearing white. 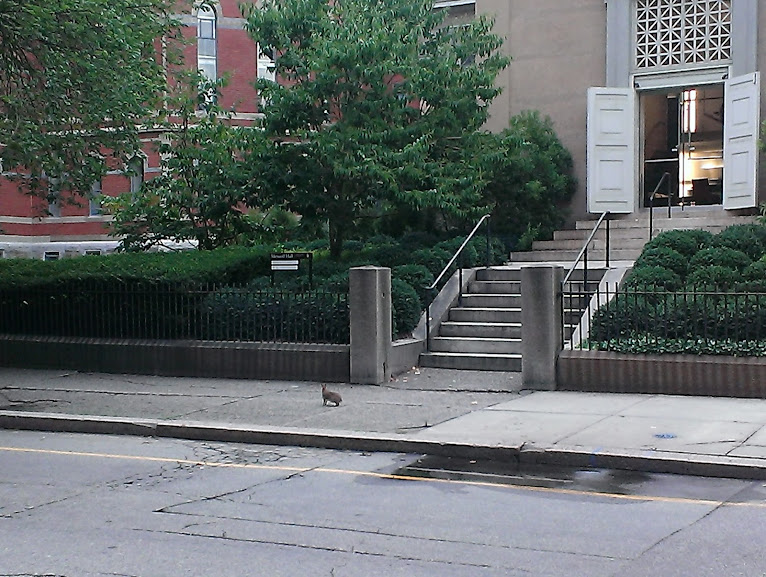 This bunny was late for a very important date at the historical society on the Brown University campus.  I stalked him to get this picture, and he or she accommodated me before scooting up the steps and making a hard left into the shrubs.  I did not follow, though it might have been advisable.