Our World Tuesday: Once Upon an Apple Tree

By SandyCarlson - October 07, 2013
After work on Friday, I took Adella and her friend apple-picking at March Farm in Bethlehem, Connecticut.  Though the day became muggy, by the time we made it to the top of the hill, the air was clear and cool. 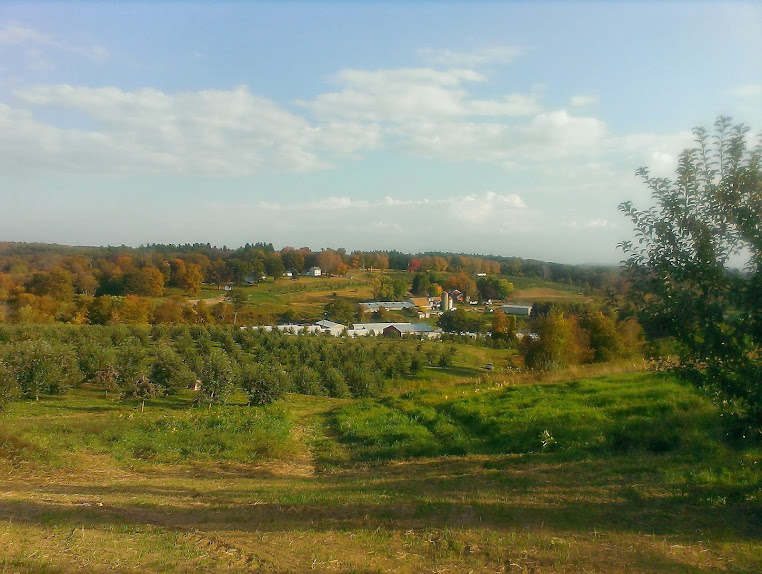 The orchard was short on the pick-your-own crowd, but the farm's apple pickers left evidence of their work in crates. 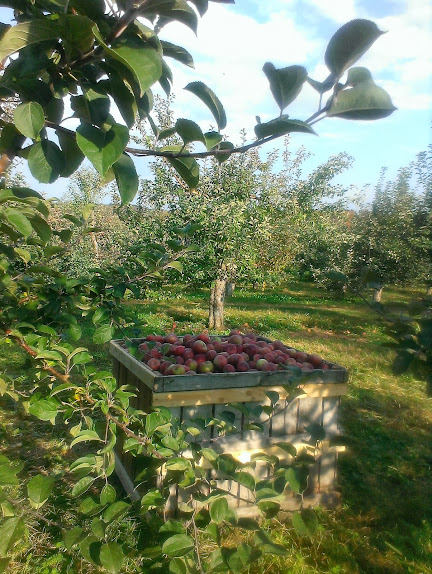 After we got some apples, we had a look at the pumpkins to get one for Adella and one for our friends down in Danbury.  Dell picked some nice ones that will make good squirrel food as soon as they take their positions on front porches.  (Oh well!  We all have to eat...) 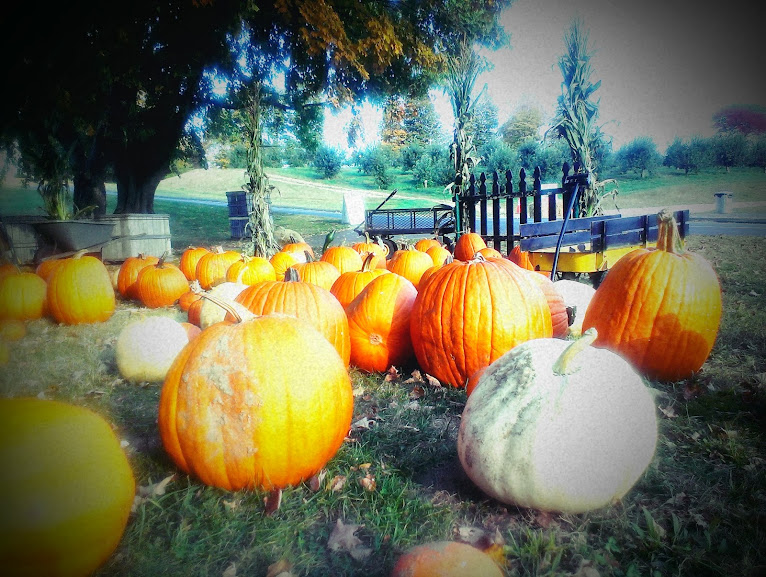 The farm does a good job with its decorations.  They're good and they're fun, but they don't try to be Disneyland. 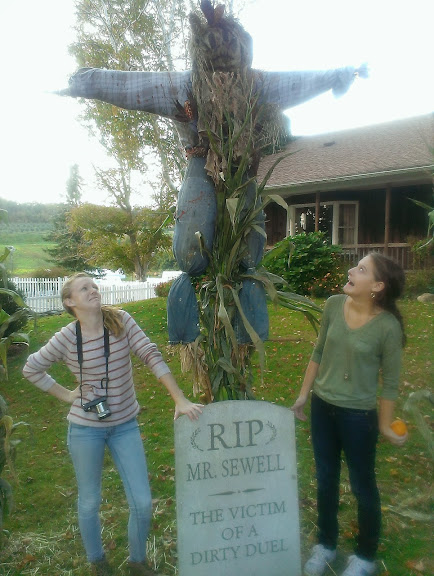 Back at the ranch, Maeve thought she'd see what a pumpkin tastes like.  She started from the top after she figured out the big orange dude wasn't going to bite back.