Our World Tuesday: Plymouth for Thanksgiving

By SandyCarlson - November 18, 2013
We all headed to Plymouth, Massachusetts, for the weekend.  We stopped off at The Mayflower II and met up with a knowledgeable tour guide and Myles Standish himself, who was going on about Arthur and the Christ returning to reign together.  (The English sure do think a lot of themselves!) 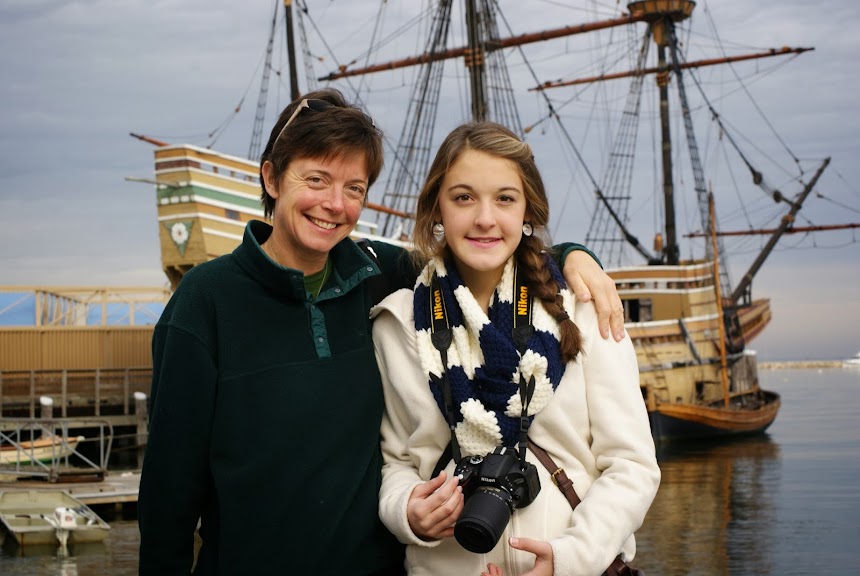 We paid our respects to Massasoit, that coolest of cool Wampanoag with his peace pipe and six pack. 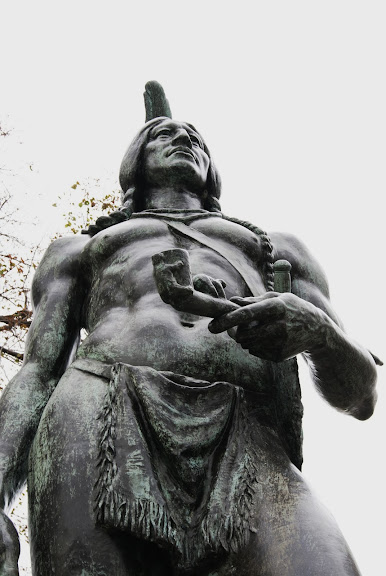 Of course, we had a glimpse of Plymouth Rock.  The government employee explaining this rock to visitors said it used to be much larger, but in the 18th and 19th centuries people were allowed to take a hammer to it so they could take home their little--yes--piece of the rock.  The numbers made their way into the stone in the 19th century with the help of a monumental stone cutter. 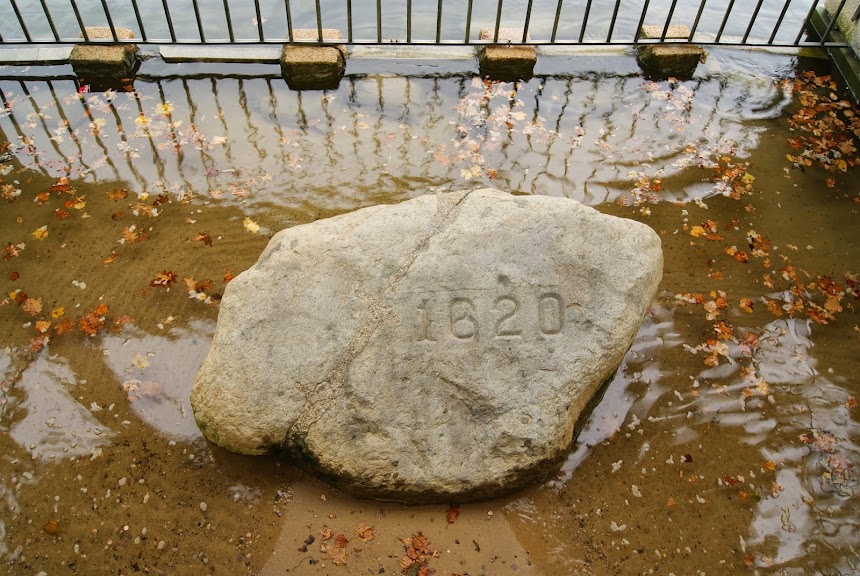 Eventually, the sun came out.  We paid our respects to Governor Bradford, an ancestor. 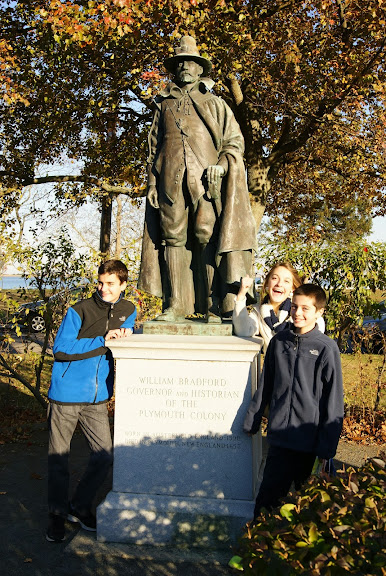 Later in the evening, we had our dinner at Plimoth Plantation, where we were regaled with story and song by some Pilgrim hangers on.  It was great! 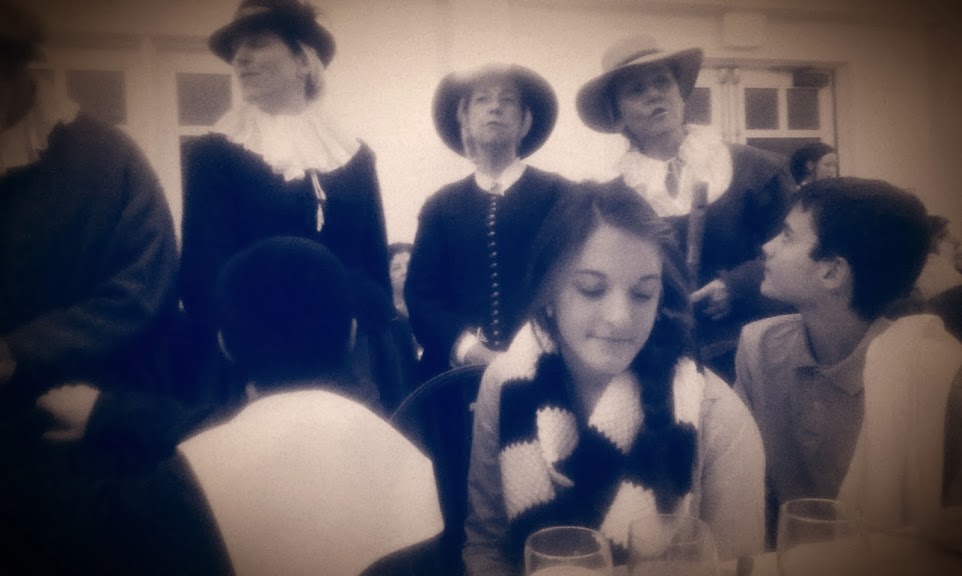