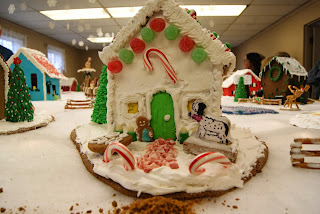 St. George's Episcopal Church in Middlebury, Connecticut, outdid itself with its gingerbread village this weekend.  There were castles and cottages, creches, and the one and only... 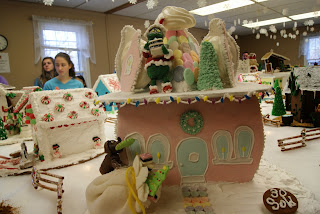 Grinch!  Here's a gingerbread Whoville house and the Grinch's at his lair and Max just below. 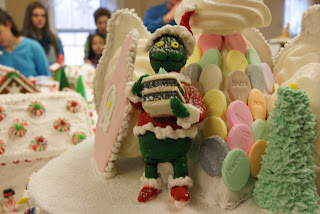 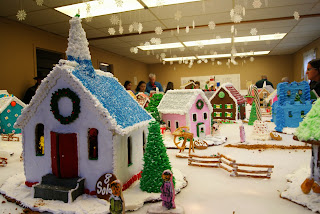 Here's a nice little church, though it isn't St. George's, which is made of brick. 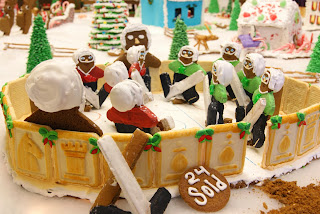 Around the corner and down the lane from the church was this hockey rink.  This was the first time I saw a gingerbread one of those. 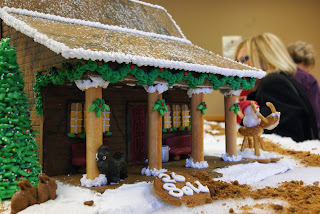 Here's a scale version of a cabin that stands in upstate New York.  I learned this from the guy behind me who owns this cabin, which he built with his own two hands (he showed me his two hands).  He and his wife were blown away that their friends would make this replica, with bunnies and deer and all.  It was nice to see this stranger so pleasantly surprised.