Our World Tuesday: Sticking Close to Home with the Crafts

By SandyCarlson - January 06, 2014
Record lows and snow days and extended vacations opened the door to some good ol' crafts for me and Adella.  We silk-screened for the first times in our lives and had some fun with that.  We did a dream catcher that we are still working on, and we did a very basic turtle stencil.  I was in charge of that project.) 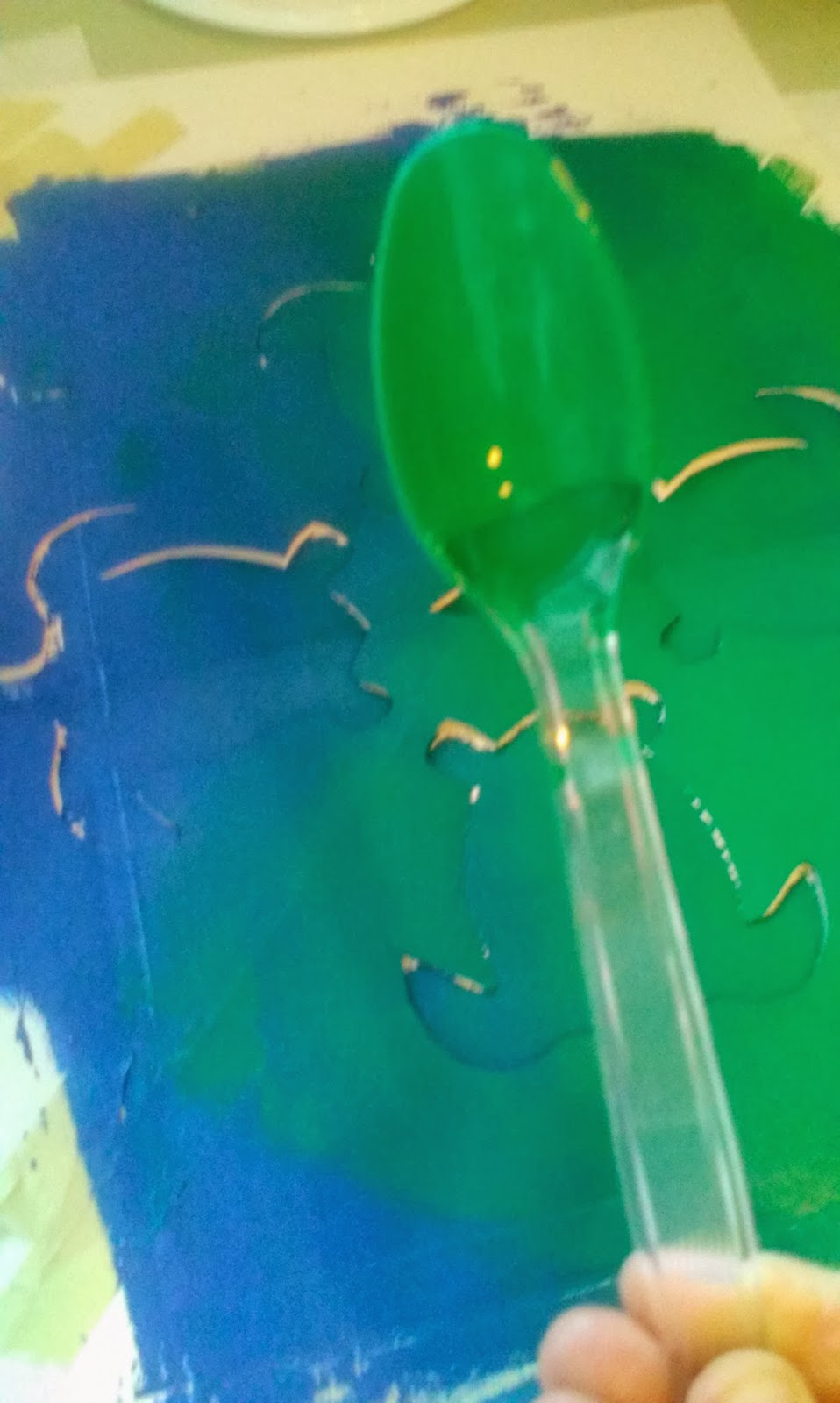 We stenciled a tote bag for a friend's birthday, and we put a few on paper.  But I liked the screen the best. 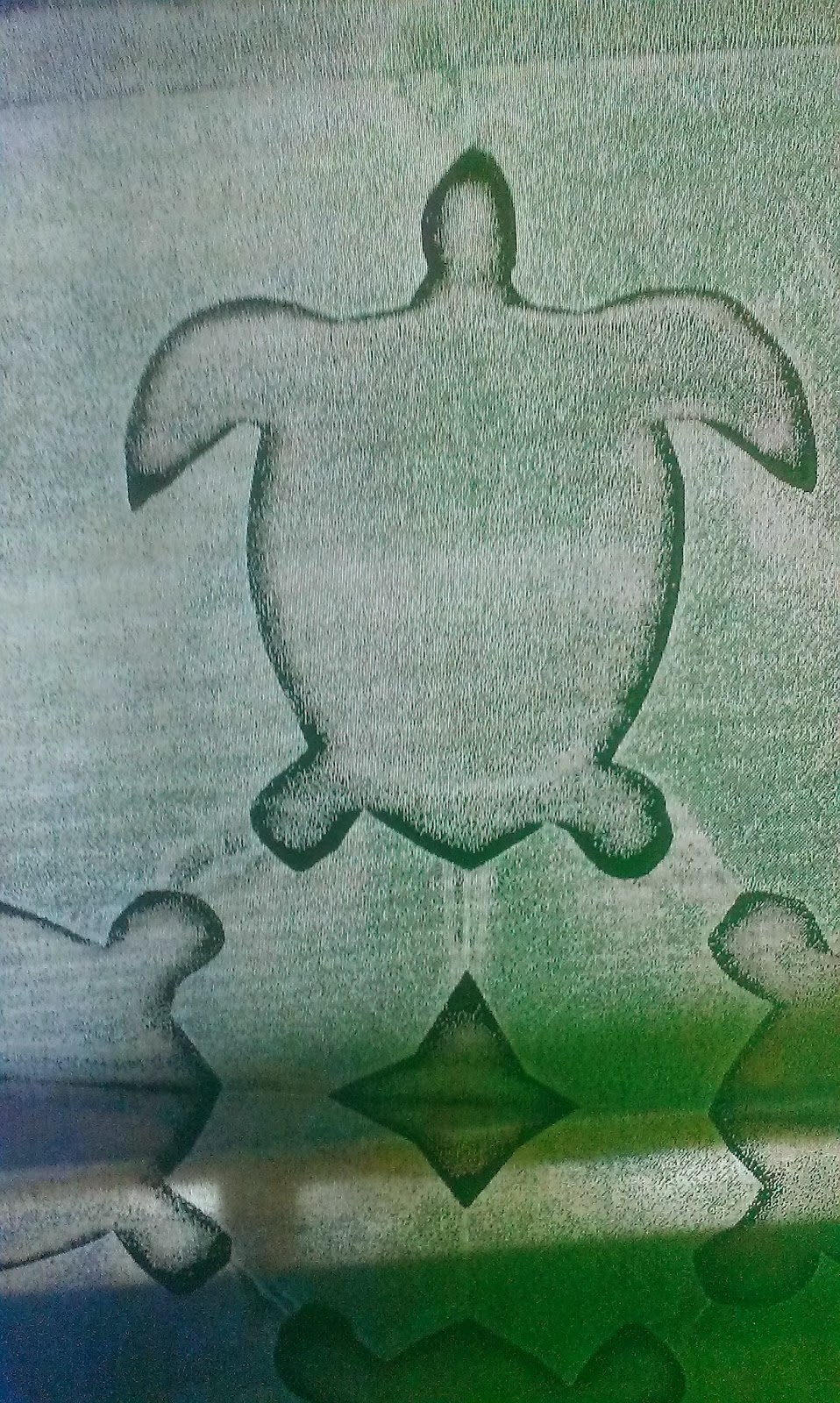 The Speedball silk screen kit came from Santa, just like the photo-sensitive paper (and the sock monkey pajamas, by that has nothing to do with craft time.) 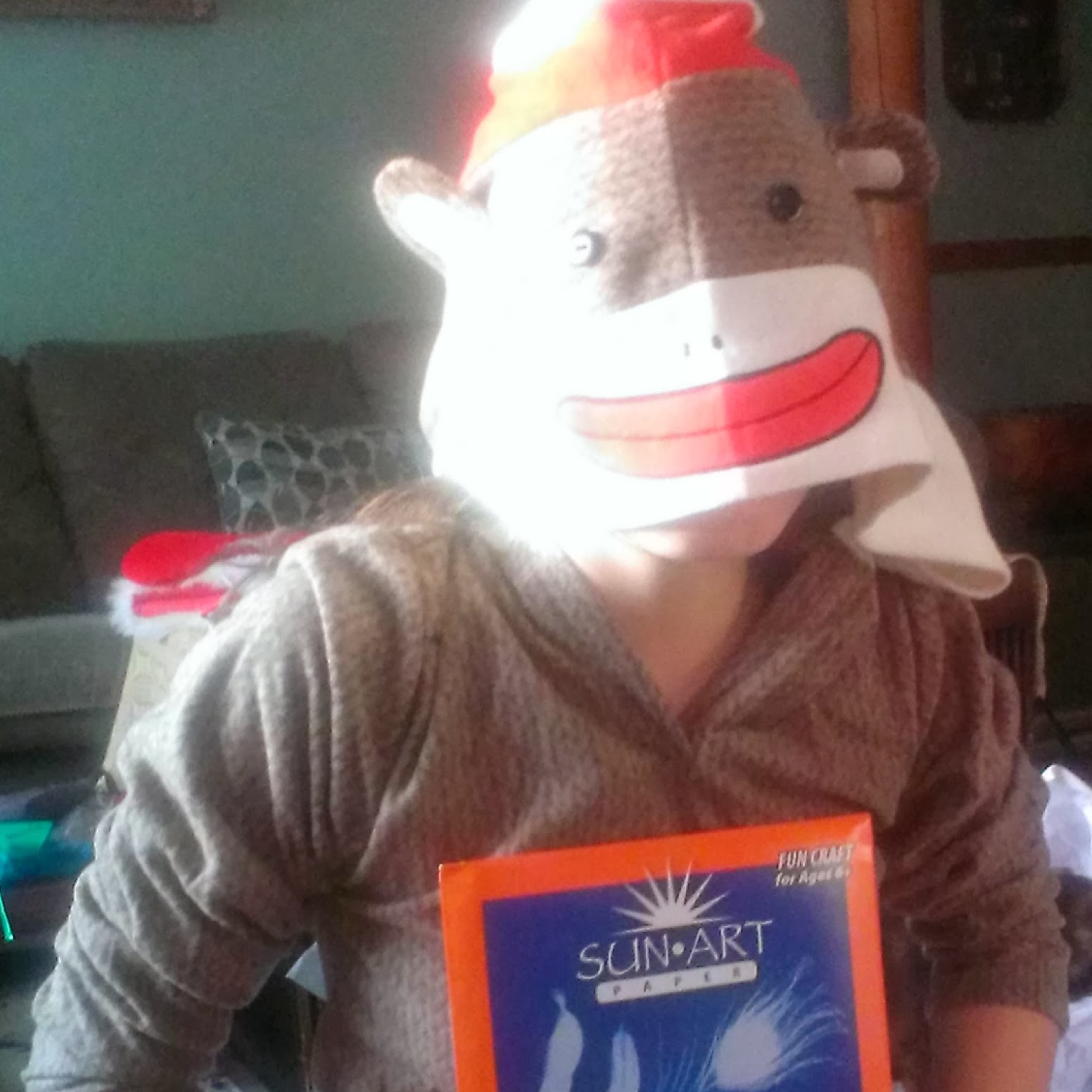 This photo paper was super awesome. We had gathered up a whole bunch of feathers on the beach, so we experimented with those.  The white feathers let light through, so they gave us some interesting texture and depth. 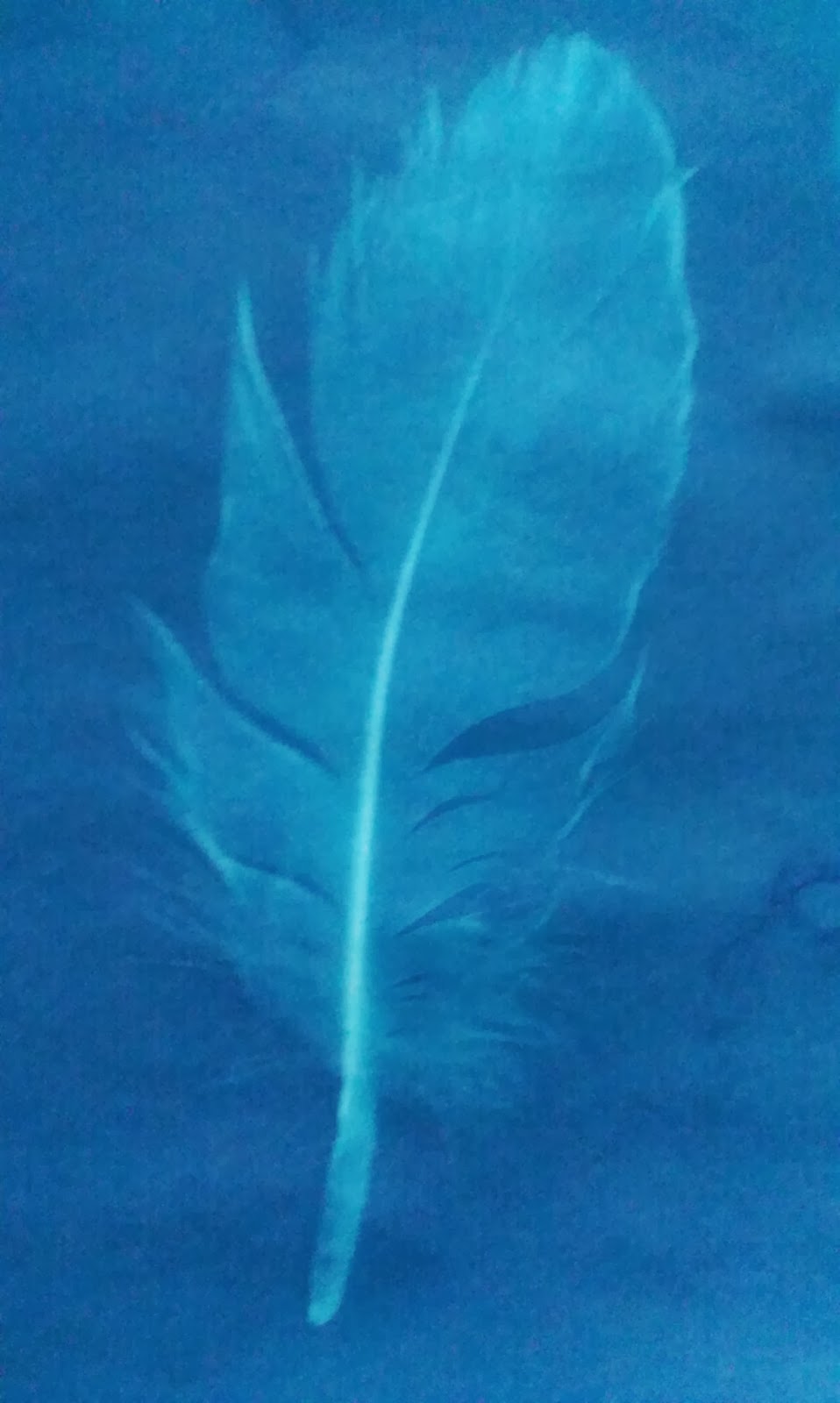 This feather had all kinds of wavy working for it, but vacation was over before we could try out all the possibilities.  The feather came home with us, so we'll have to try again. 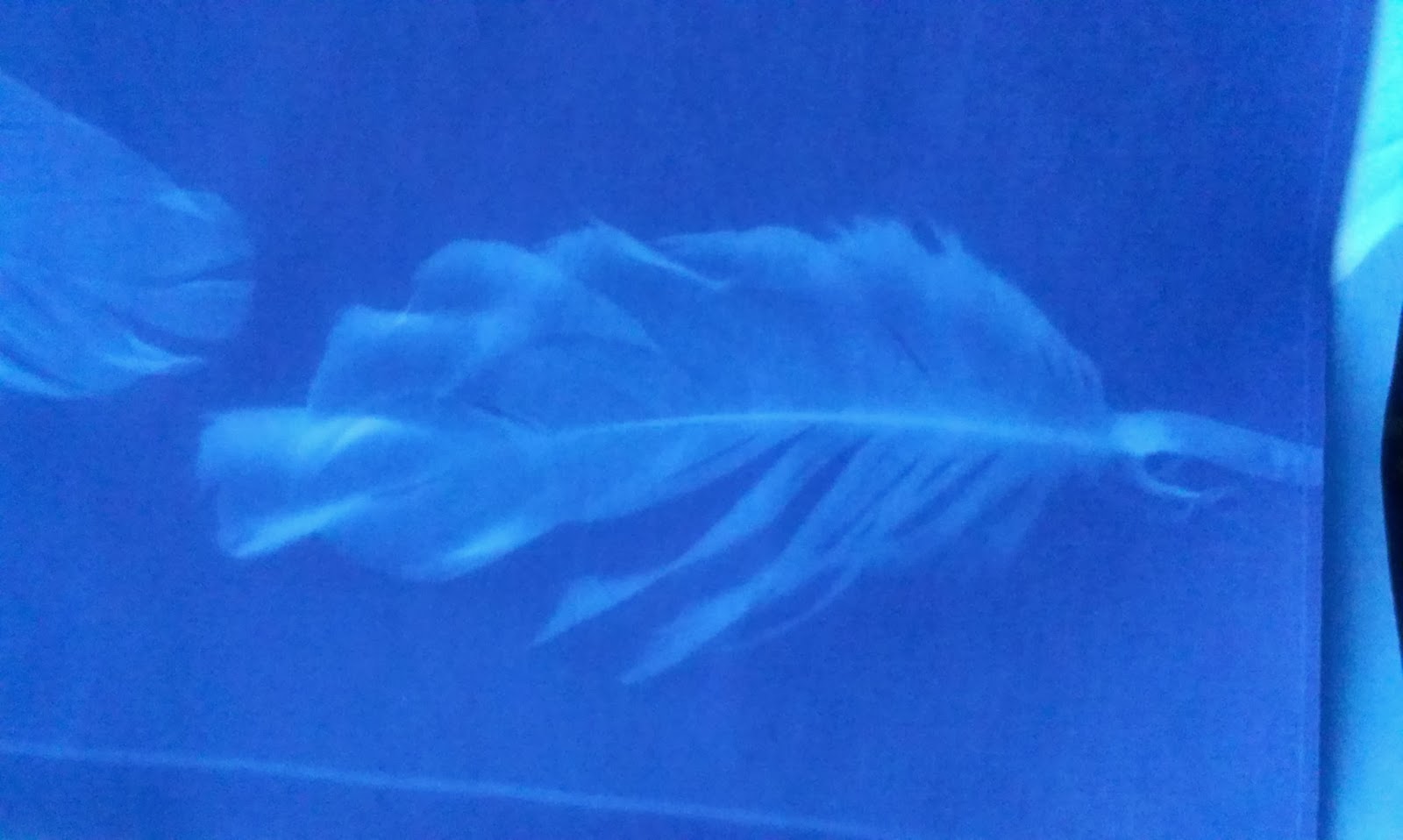 We're slated for crazy cold again tonight.  (I'm going to give up on fancy moisturizers and just jump into the Crisco if this keeps up.)  I'm grateful to winter for the breaks in routine that make living in the real, rather than the virtual, world possible.  It's nice to go back!

Speaking of going back, here's my craft partner when she was about three and doing duck faces before Instagram was even a twinkle in Kevin Systrom and Mike Krieger's eye.  Kisses! 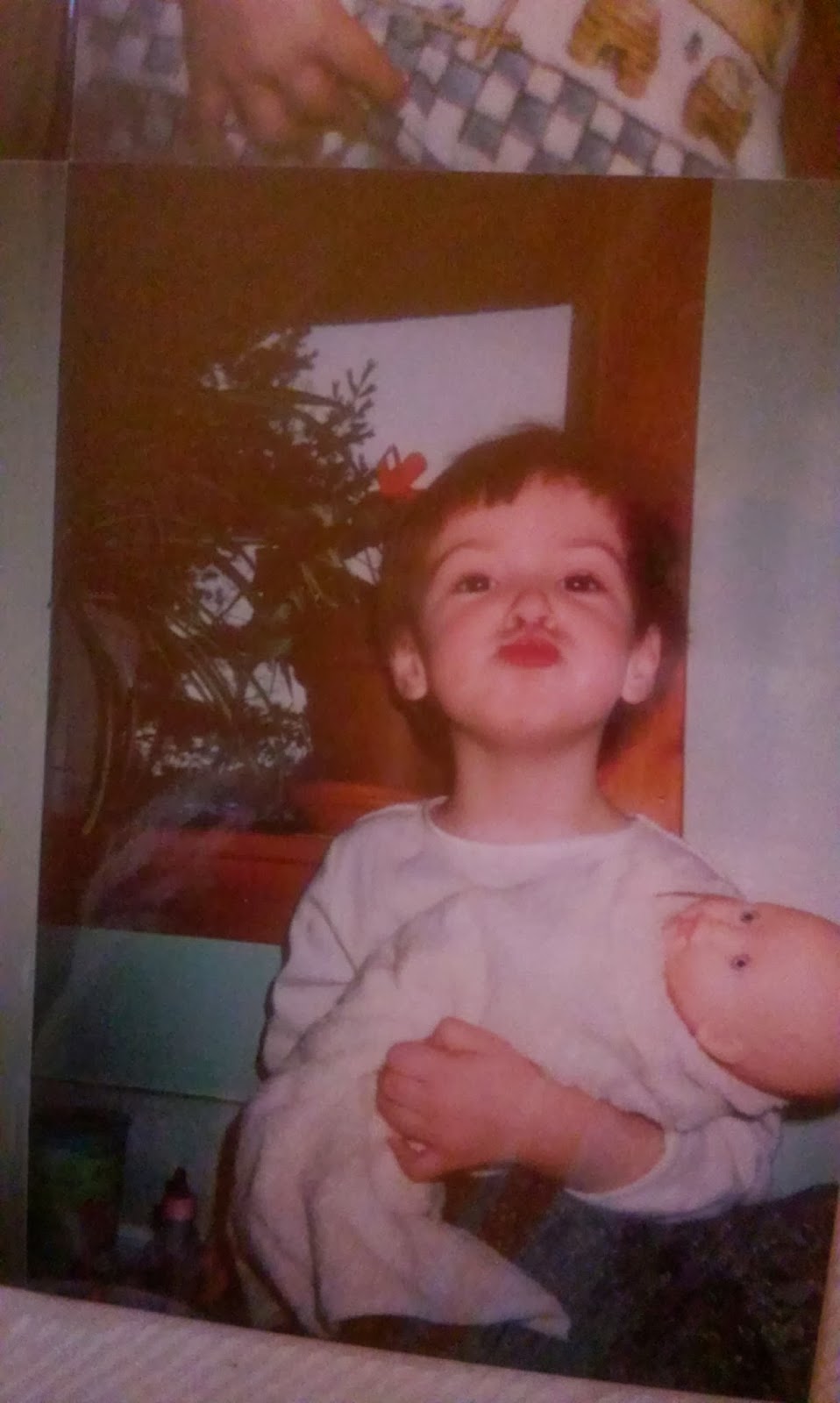