By SandyCarlson - July 07, 2014
I took my daughter and my nephews to Charleston, South Carolina, last week to see Fort Sumter and whatever else we had time for. 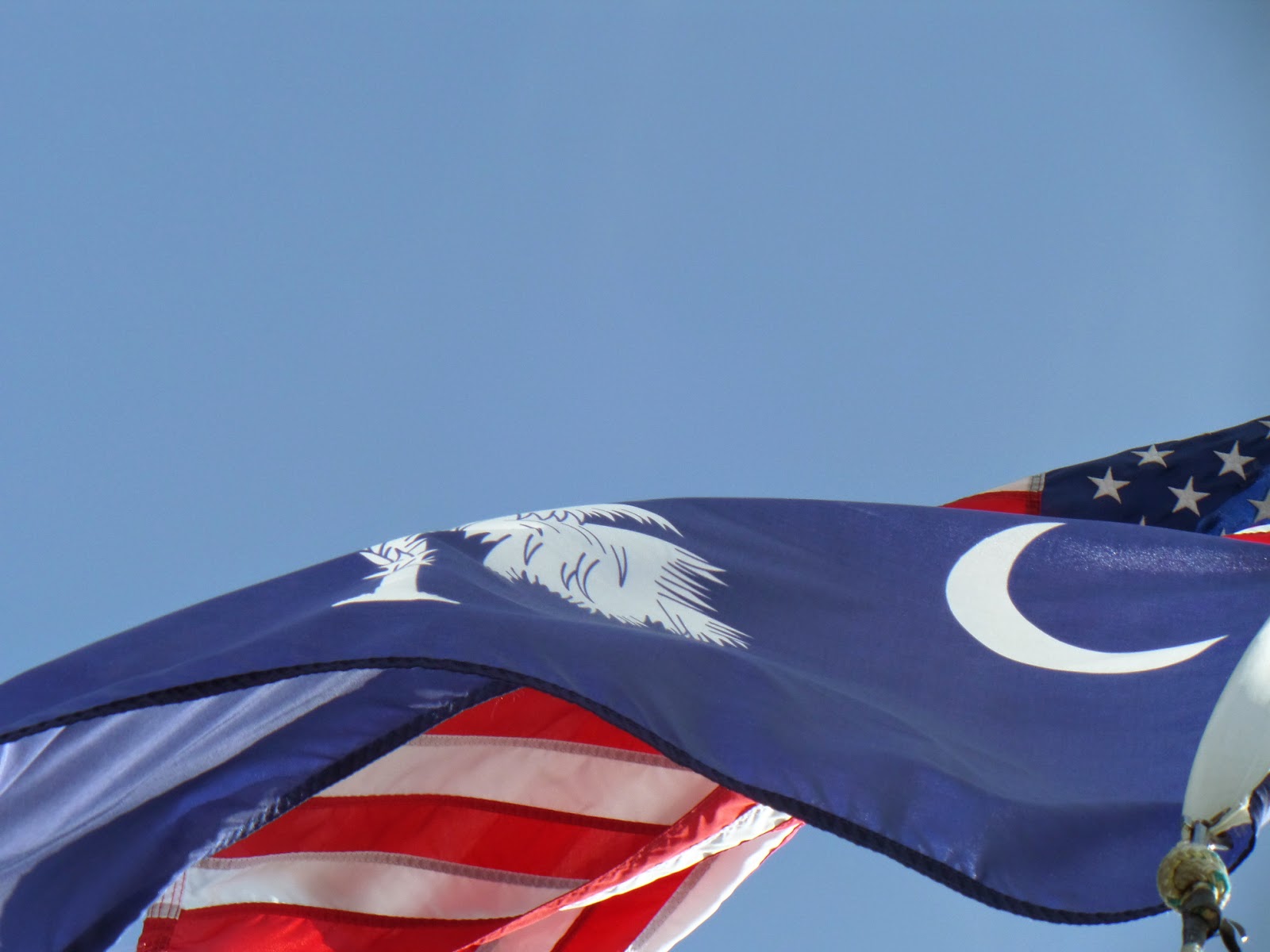 We had the good fortune of traveling out to Sumter alongside a gentleman who was a retired marine and knew a lot about everything.  From him we learned that the fort took the beating it did during the Civil War because the rebels were beating on the least fortified (landward) side of it.  Fort Sumter was built with naval warfare in mind. 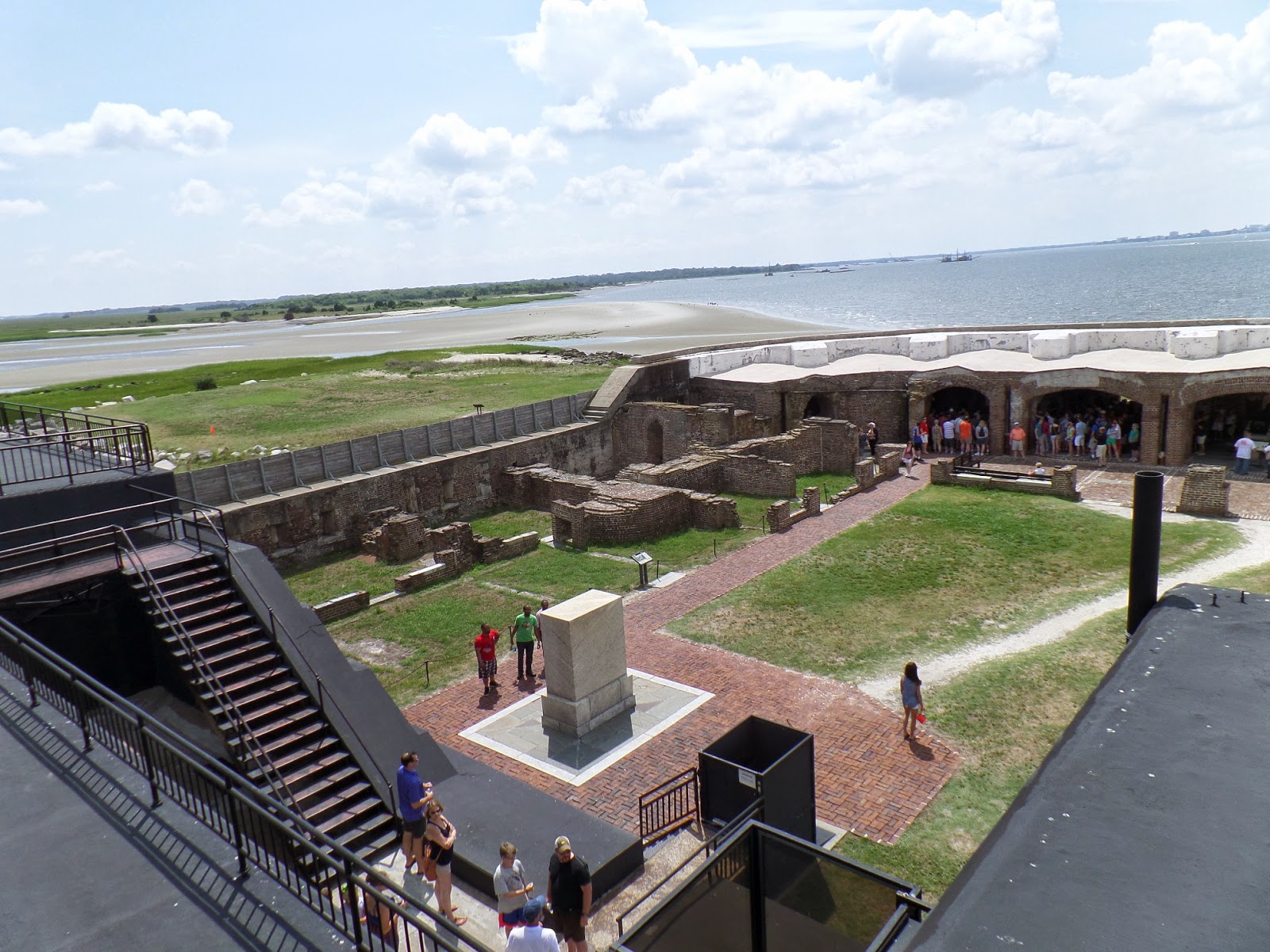 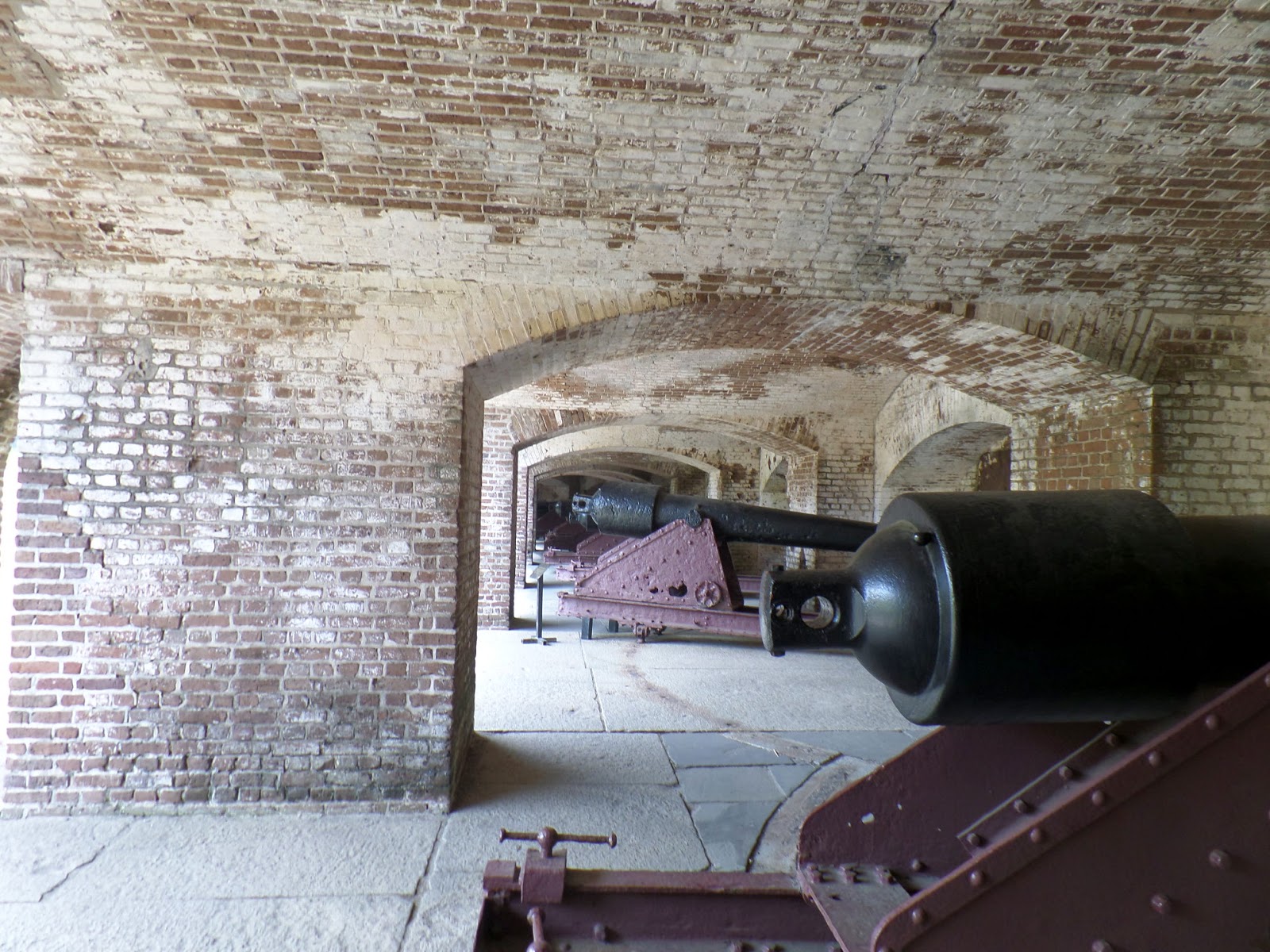 We also learned that the fort is built on a shoal, and a lot of the materials that went into the making of the fort came from New England.  The irony of this was not lost on us.  Time and the tides left exposed a some of the inner workings of the superstructure.  Nothing went to waste. 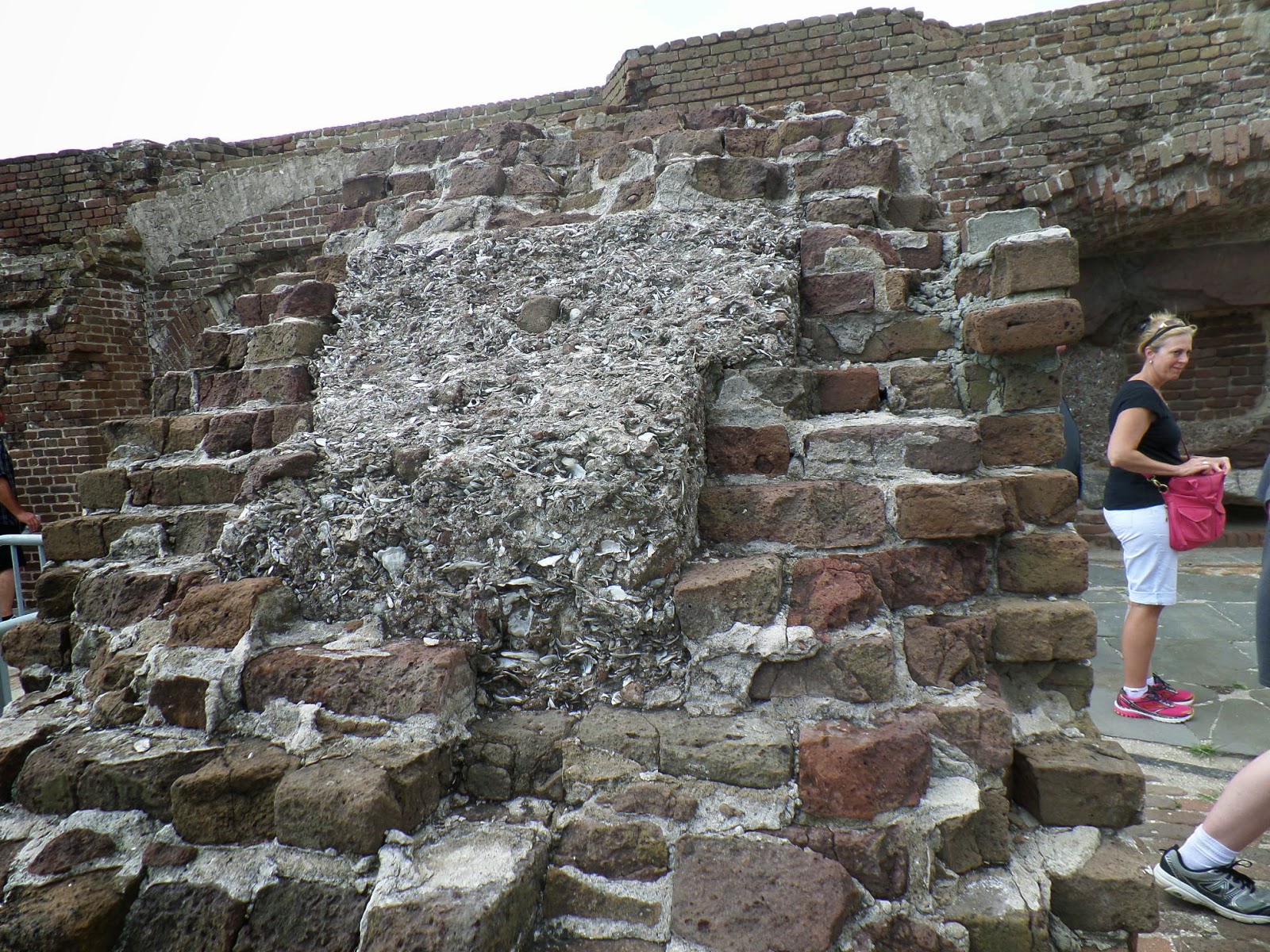 Back in the city, we got ourselves a delicious meal at the Southend Brewery & Smokehouse.  In fact, it was better than delicious--it was one of those "I'm happy to be alive so I can eat this" meals.  We cleaned our plates amid the happy chaos created by the Colombian revelers celebrating their team's success in a World Cup game.  It's good they made the most of it while it lasted.  The fun was infectious, though the waitresses looked a little bewildered and disappointed there were so many empty tables in the dining room. 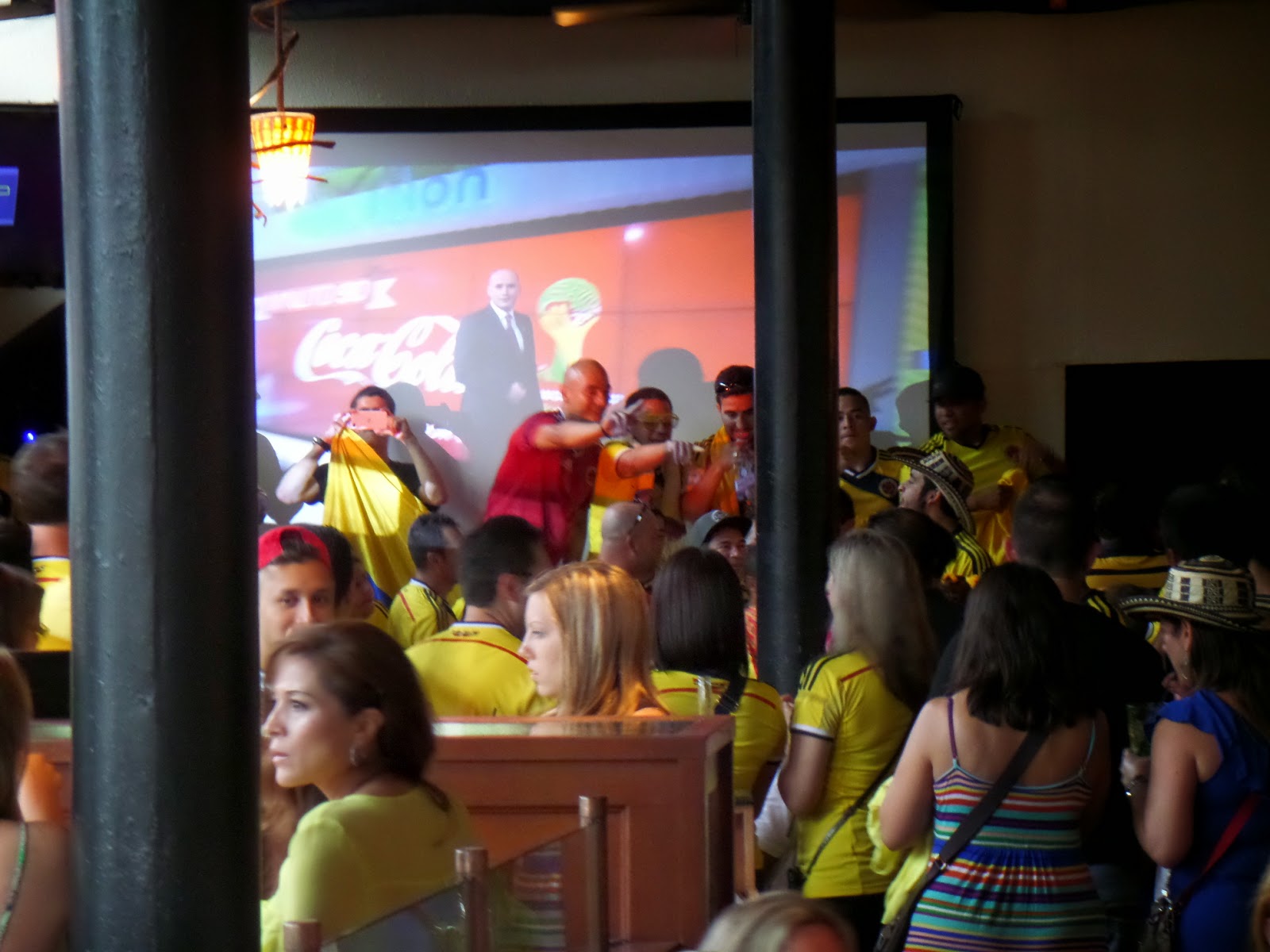 After supper, we took a walk around town and before we knew it found ourselves in front of the slave mart.  This was a creepy gothic castle with weeds growing through the fake turrets on an otherwise salubrious street in a fancy section of downtown.  The museum had just closed, so we missed out on what lay on the inside. 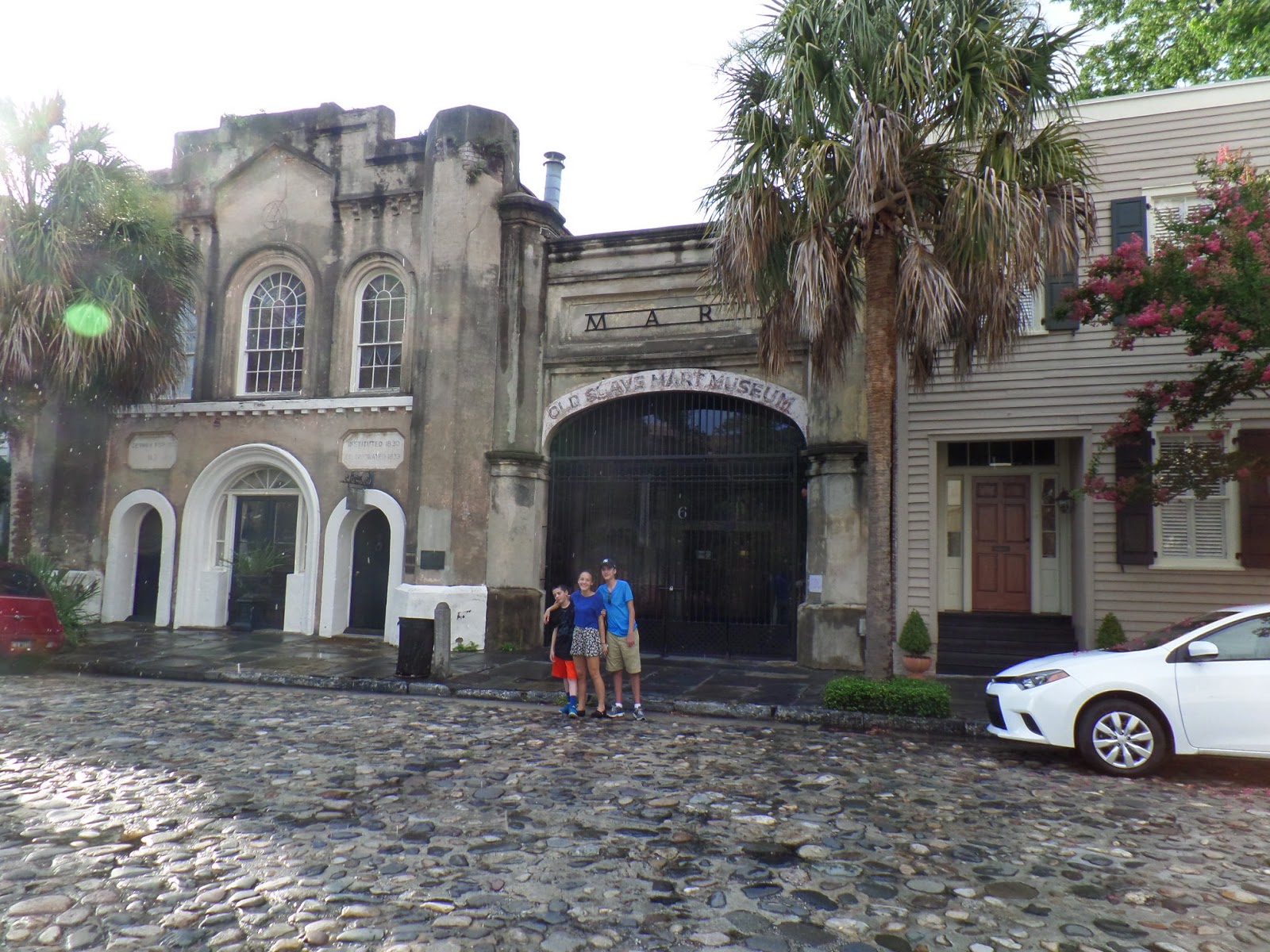 The crepe myrtle could not make the creepiness go away.  Good thing.  We need to know our story. 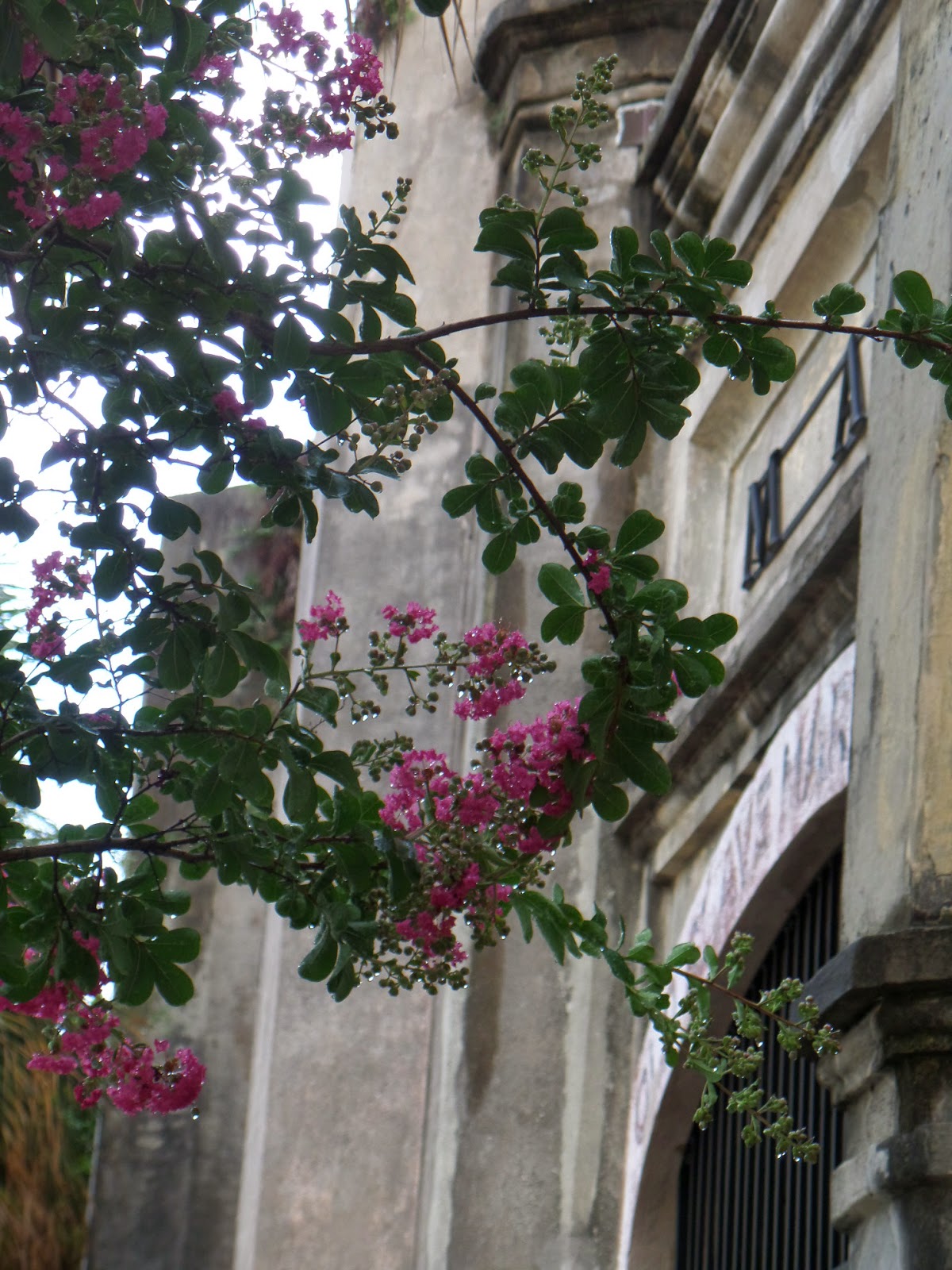 We dodged a lot of big rain drops as we made our way through the lanes and markets of the city.  And once the rain stopped, we made our way to the fountains, which the kids and I were delighted to know you could walk in.  We like city ordinances that make sense on hot days!  There is nothing to not love about that kind of hospitality! 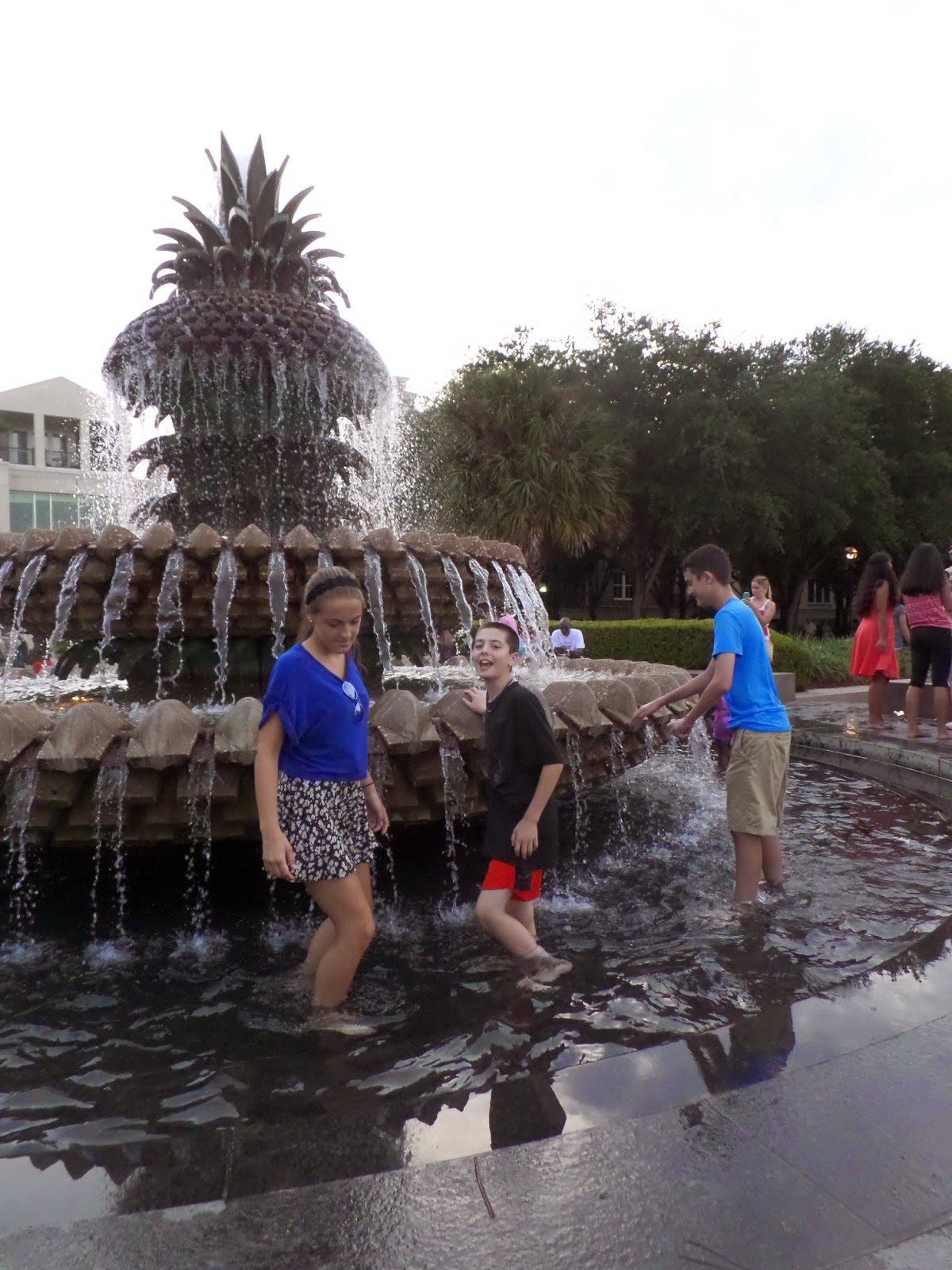