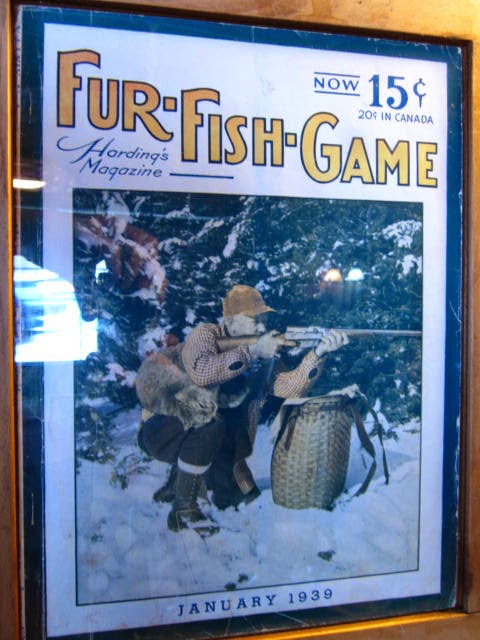 Last weekend, we took my parents out to lunch to celebrate their 51st wedding anniversary.  The Apple Valley Family Restaurant was decorated with vintage outdoorsy magazines. 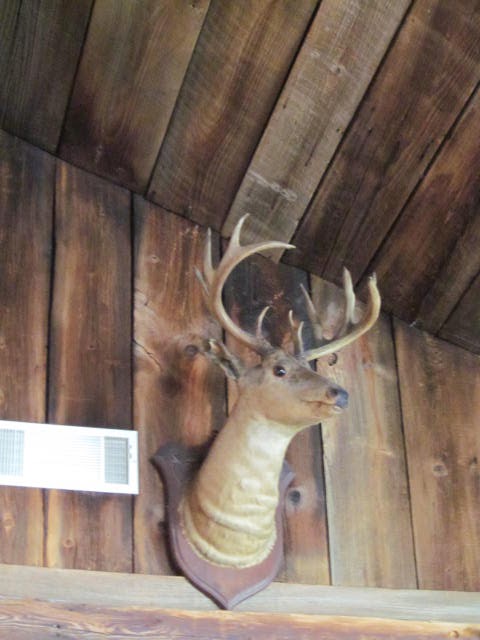 I don't know if this guy is as old as the magazines or if the grin on his face is his idea, but there he was presiding over our meal like some gentle, quiet benefactor. 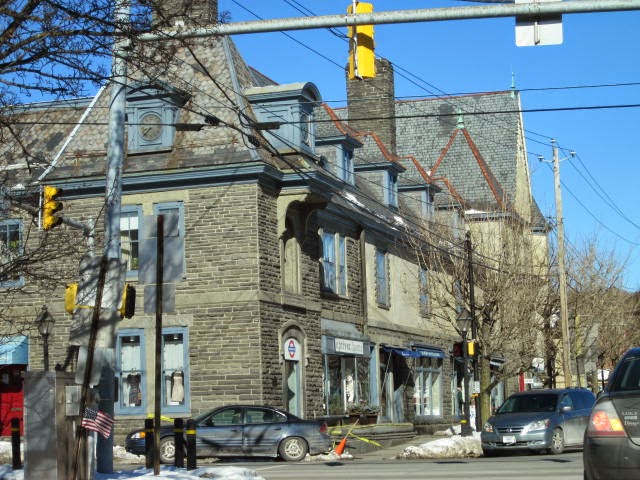 On the way out of Milford, I took the drive-by photos.  This is a form of recreation my daughter and I invented to fill the time whenever we have long car journey.  The idea is to compose a photo as quickly as possible and to snap it before the story passes. 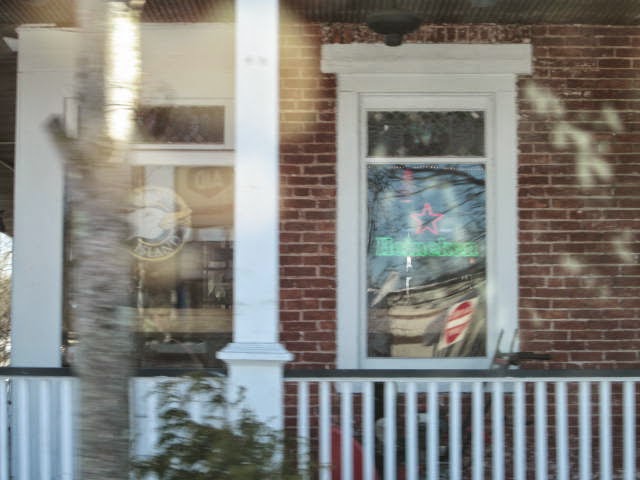 Saturday in Milford, Pennsylvania, has Heineken in it.  And Girl Scouts who pick up litter and make the PENN DOT grateful. 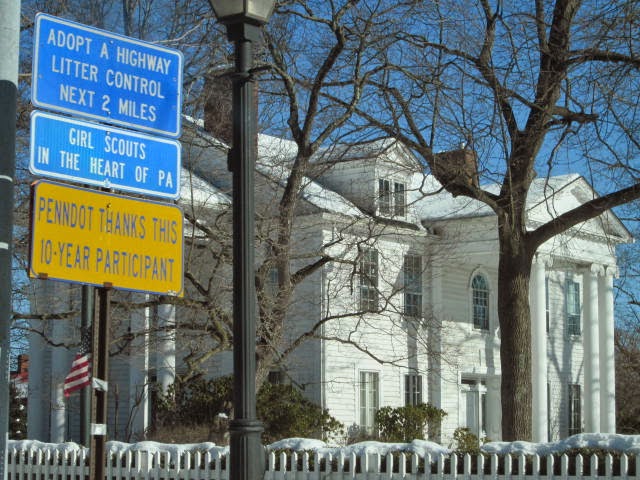 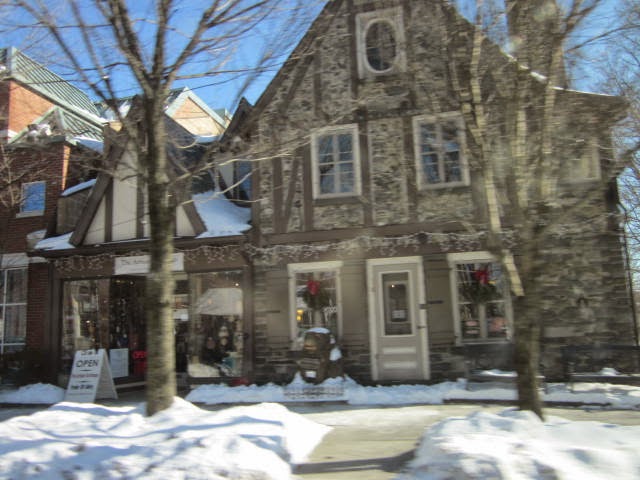 Milford, which is on the Delaware River, has a lot of stones in it and a lot of lovely stone buildings. 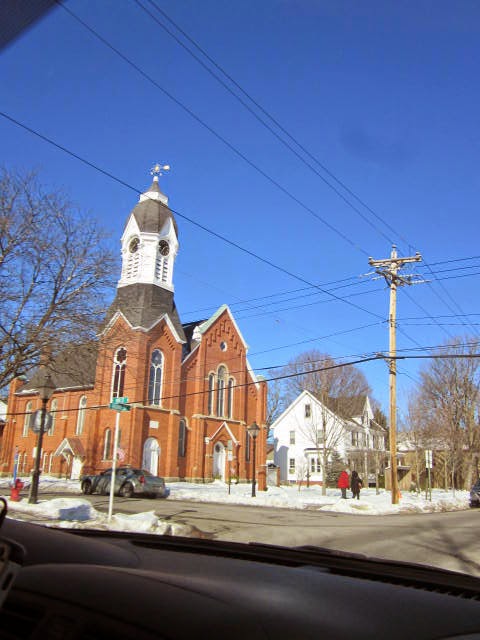 And bricks.  Pennsylvania has bricks everywhere.  That's how you know it isn't Maryland or New York if you doze for a while and feel disoriented when you wake up.  Those bricks will tell you where you are. 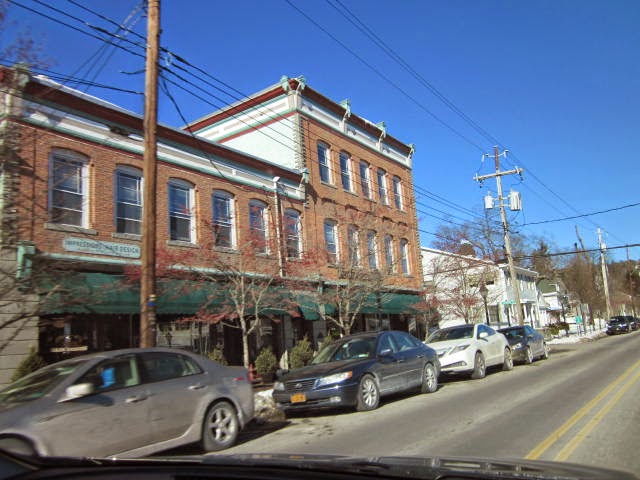 There's also a wooden hotel with a French name that has been around for a while.  We'll have to try out the restaurant there sometime. 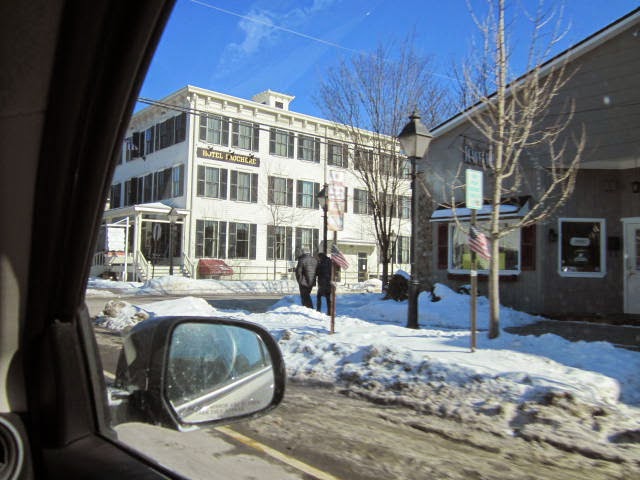 This drive-by creates the illusion the hotel is about to fall over, but that is not the case. 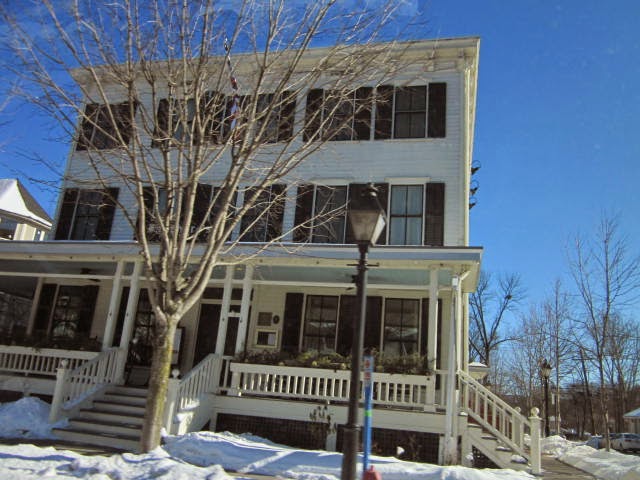 There are times when it is hard to tell if you're in Pennsylvania or New York.  That's when the giant wooden barns pop up and say business as usual just like it has been for the past 200 years and make you want to buy your eggs local just to keep the barns in business.  This barn is in Pennsylvania. 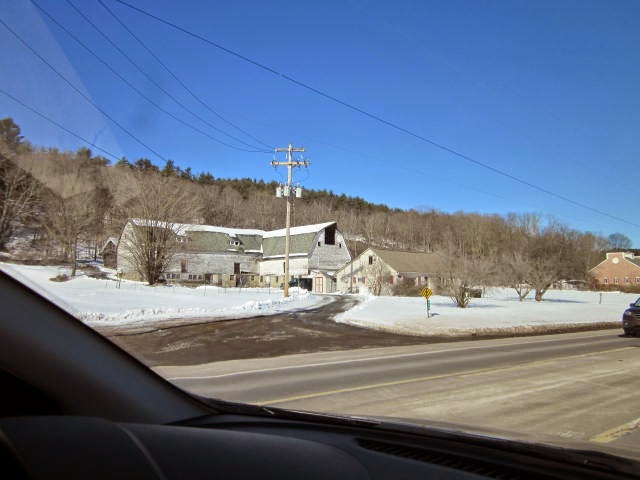 This one is in New York. 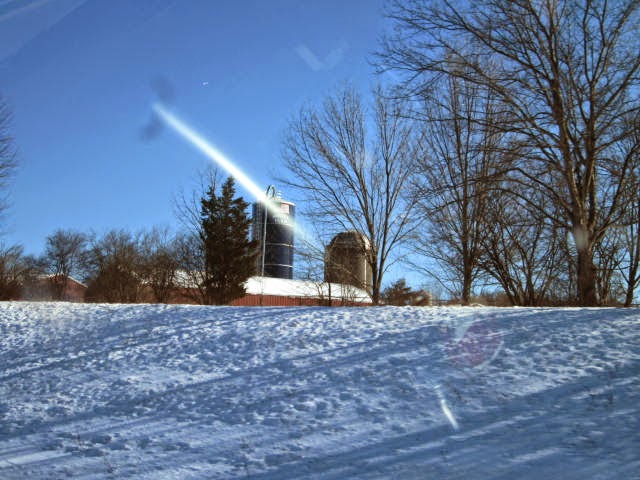 This penny was in my pocket, so it made the trip to Pennsylvania with us even though I found it in a parking lot in Connecticut.  Some piece of equipment or other scraped the copper right off of this modest scrap of legal tender.  I photographed it because there I was in the car without much to do for eighty miles. 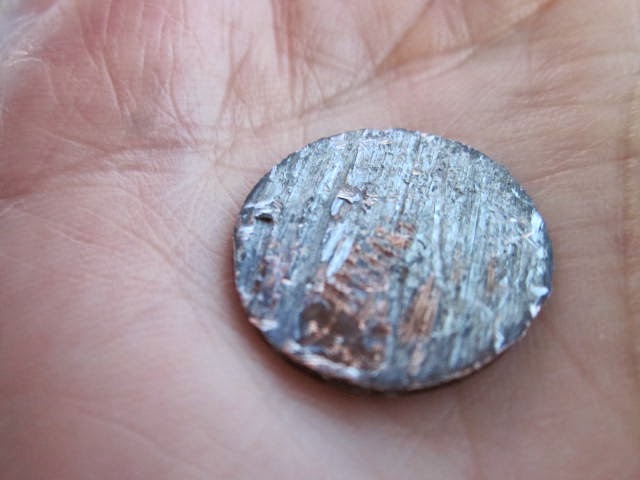 Here are the Hudson Highlands.  Beautiful as they are, these mountains always make me lonely for home.  I can't explain it.  But I am not a New Yorker, and they are not my mountains.  For me, they are mountains I pass through to get to Connecticut or to get the heck out of Connecticut en route to North Carolina. 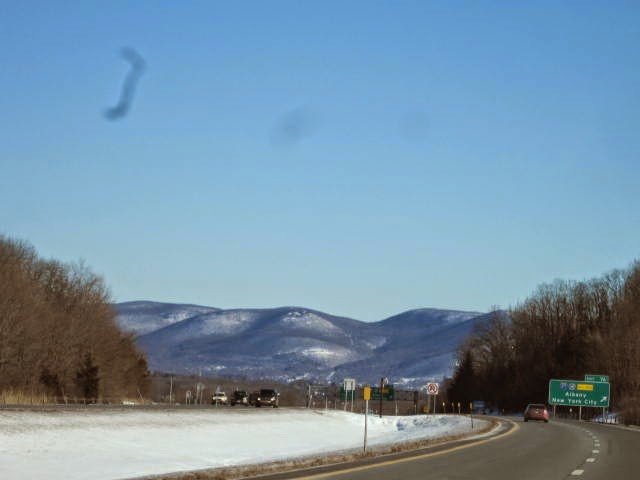 Here's the Newburgh-Beacon bridge that bears the name of Hamilton Fish, a New York congressman who was a great supporter of Irish human rights and independence.  His family has a long and proud history in the Empire State.  And it's a nice bridge with a modest toll--unlike those flashy city bridges that span the same beautiful river. 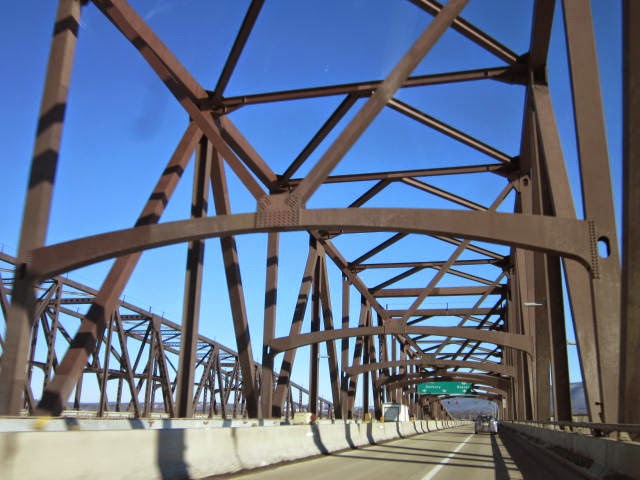 These are mediocre photos, but they capture our adventure over the weekend.  I like drive-by photos because they are creative challenge at the same time they remind me and Adella to look for what we can genuinely see wherever we are.  The pictures are not about art but about living.