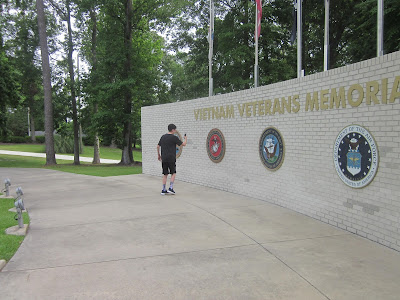 When we were in Jacksonville, North Carolina, we stopped at the LeJeune Memorial Gardens to pay our respects to those who have served this country in uniform.  We don't have a personal connection to anyone who is memorialized there--beyond living in the nation they served.  That's something. 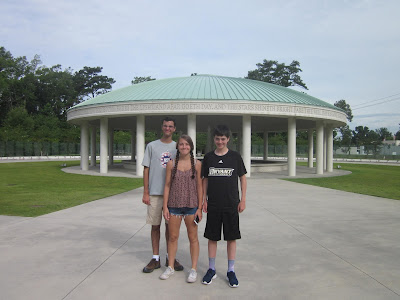 The kids are standing in front of the Vietnam Memorial, where the names are inscribed in glass.  The effect is that you see yourself and everyone else and the beautiful world beyond as you look at and through the names.  It's a powerful experience. 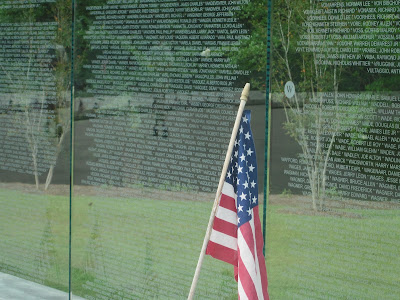 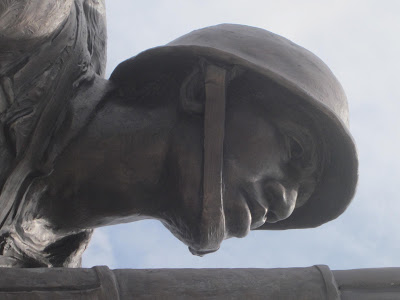 This memorial to the Marines of Montfort Point was new.  This recalls the days when the Marine Corps was segregated at the same time it honors the African-American men who served during those years.  An uphill battle. 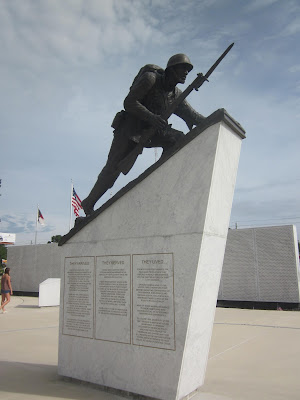 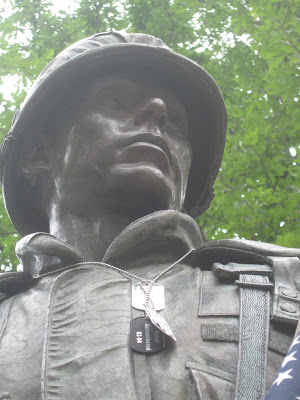 The Beirut Memorial honors the 273 Marines who died in Beirut and Grenada in 1983. 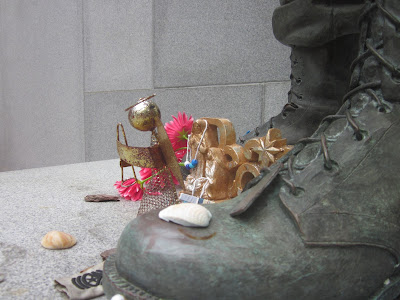 Then, there is this memorial to the fallen of September 11, 2001.  My daughter and nephew Alex were babies then.  Adam wasn't here yet. 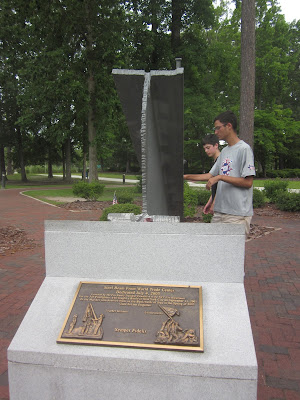 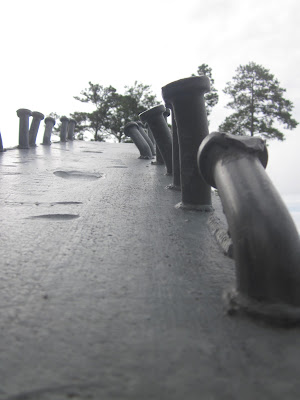 It seems to me good citizenship is a form of patriotism.  Making things better than you found them when you got there is patriotism.  Giving what President Lincoln called "the last full measure of devotion" to whatever is your passion is patriotism.  People do that.  They remind us of why we live.  It's important to remember that.